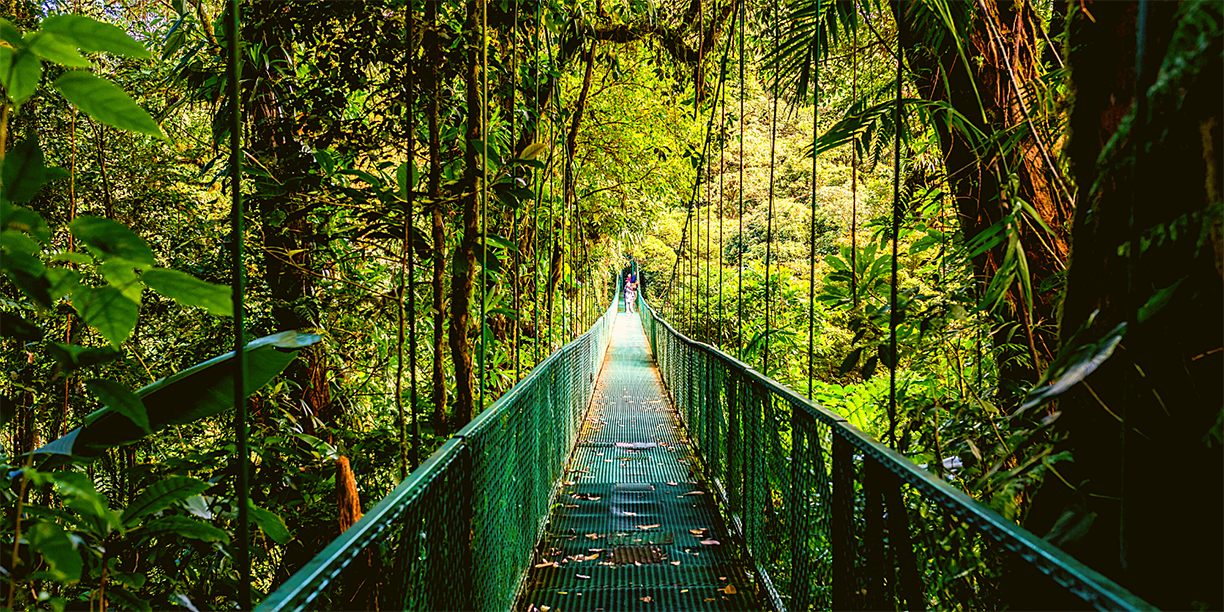 We could tell you how beautiful our beaches are, how delicious our traditional food is, and how awe-inspiring our many volcanoes are. But you might not believe us just because we say it’s so. And you don’t have to. These international awards and recognitions tell you everything you need to know.

In 2019, the readers of Selling Travel, the one of the UK’s leading travel publications, chose Costa Rica as the best destination for wildlife and nature. In addition to the previous facts on conservation and biodiversity, readers were undoubtedly impressed by wide variety of flora and fauna that can be seen, even close to the populated areas.

When you visit Costa Rica, you are almost assured to hear the serenade of the howler monkeys, see the curious ringed tails of the coati, appreciate the music of the hundreds of bird species found in Costa Rica, and be enchanted by our orchids, birds of paradise plants, and fascinating kapok trees.

What can we say? Costa Rica has just over 800 miles (1290 km) of coastline between it’s Caribbean and Pacific coasts. With a year-round mild tropical climate and a dedication to nature conservation, naturally we’d have spectacular beaches. That’s what Tripexpert declared in 2019 when it chose Costa Rica for the award of Best Beach Destination.

It’s 2021 and TripAdvisor named Arenal Volcano National Park the 6th best national park in the world. Among its reasons for recognizing one of Costa Rica’s favorite national parks are the numerous activities, experiences, and sights you can participate in nearby, including:

Costa Rica Receives a UN Champion of the Earth Award

Costa Rica Consistently Ranks as Happiest Country in the World

The Happy Planet Index (HPI) measures the wellbeing, longevity, equality, and sustainability of every country in the world to determine who the happiest countries are. Costa Rica has topped the poll several times since 2006. This recognition is attributed to strong cultural social networks, long life expectancies, and a very small ecological footprint.

If the Happy Planet Index wasn’t enough, The UN’s own Gallup Poll ranks Costa Rica as one of the happiest countries in the world.

Based on passenger surveys given to passengers at airports all over Latin America and the Caribbean, the international airport in Liberia won with flying colors for 2020. This decision by the Airports Council International, was based on passenger experience for departures and arrivals. The airport also received international recognition for its continuous service and quality improvements.

The World Travel Awards honored Costa Rica as the best destination for Central America and Mexico in 2019. Apart from that international recognition, it gave Costa Rica 10 other tourism awards, including:

Despite its small size, Costa Rica has a big reputation on the international scene. If these international awards, honors, and recognitions aren’t enough to convince you to visit Costa Rica, then we’re not sure what will!