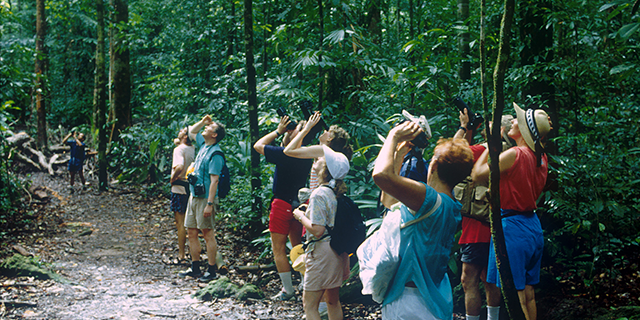 Kinda’ funny… When I started in the travel industry back in 1987, there were very few tourists in Costa Rica.

We used to go on one day tours as there were very few good hotels out of town, and every now and then a birdwatcher apppeared in the buses. With their binoculars hanging and their bird books under the arm they would record the sparrows and tanagers we all grew up here with.  “Weird people” I used to think. 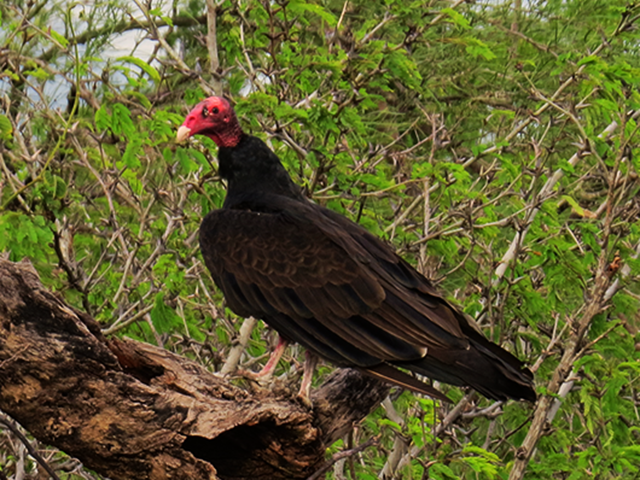 Turkey Vulture, common in Costa Rican lowlands, quite a treat for some birders of the World

Later on, my job as a tour guide made me buy the Stiles and Skutch’s “Birds of Costa Rica” and started to memorize certain names: Black Vulture, Gray Blue Tananger or Clay Colored Robin. The most common… There was really no need to know more.

The routinary list expanded as the tour industry in Costa Rica grew and now we were seeing more birds, and people were asking names…. Great White Egret, Little Blue Herons and Passerini’s Tanager (Scarlet Rumped Tanager back then). But still the names were merely tour guide’s answers. Nothing more.

I still didn’t get the birdwatchers. To travel just with the sole purpose of seeing one bird seemed a bit ridiculous back then.

Up until, one day, in 1996, I heard about the Bare-Necked Umbrellabird.   Umbrellabirds are rare, not gorgeous, but quite impressive big birds of the canopy of primary rainforests. Hard to see, even hard to have heard about them. It is a true prize for a real birdwatcher.

Well! There was this forest… Río Costa Rica’s primary forest, on the Caribbean slopes and the Umbrellabirds live in this place, and my friend and I, none of us birders but both tour guides, decided to go with our binoculars to look for it.

This forest in particular is very rich, up until today. A buffer zone of the Braulio Carrillo National Park is located right on the edge of the Costa Rica River and it has a magic to it. Huge trees with vains hanging, all sorts of big and small creatures hidden in the shades of the plants and mosses. the walk promised to be good and entertaining.  It was actually my first real birding expedition. 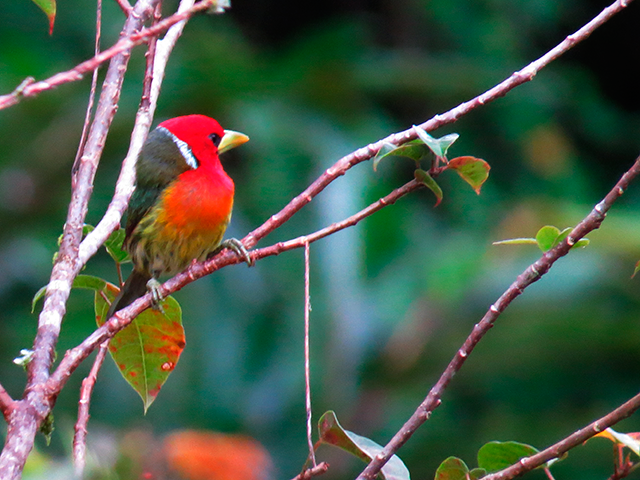 Red Headed Barbet, I saw it in my last birding expedition a few weeks ago in Talamanca Reserve, in the South of Costa Rica

We went on the trail, armed with binoculars, and a backpack with the bird guide in it.

As we started walking, any movement in the plants caught our attention. the people of the project had told us where could we see the actual Umbrellabird, but we were there alone with the forest… and the birds. And there were so many birds to watch!

Tanagers and robins were the first ones to record, in the first area where the forest was recovering. And then, already in the inside, we saw antvireos, wrens, and those almost invisible but abundant woodcreepers… And with woodcreepers I do have a personal problem! they look all the same! Brown and beige, more dots, less dots, more yellowish, less black, darker beak, longer legs… The differences between one and the other are very small. And we had to spend maybe ten or more minutes trying to identify a bird that was moving, crawling and maybe flying away. And that’s when it happened! I understood birdwatching! Why so many people in the World  do it. Why do they gather in groups and go throughout the World looking for that or this bird!

When you are birdwatching… there is nothing else to do but birdwatch! You collect check marks as if you were collecting trophees on a wall, you look at the bird and then the book, and then back to the bird, and then back to the book… Up until you say “Yes it is the… “Wingbanded Antbird”! (To say a name) and you proudly check it in your bird list! It is the hunters fun without the kill. The collectors detail without the hunger pressure… It goes beyond our civilized man into the caves of our instincts and our prime human. It is the evolving being that lives in nature, but has the brain to understand it and enjoy it…. But there is more to it!

(This video belongs to Adrian Mendez, a naturalist guide of Monteverde, and I am simply using it for illustrative purposes).

We walked to the trail where the bird we came for lives… walked looking up and down… Up for the bird, down to our feet and the trail. Finally we heard a “flap flap flap” above us… And there they were! A couple of them! In the shades of the canopy, on a branch… There was a female, and close to it, the male. With their disctintive crest (“Umbrellalike crest” says the book) and a bright red inflatable throat. Not a sound…. The forest, the bird up above… Not even very clear. But it was definitely it!

I took out my bird list, right there, in the middle of the rainforest, and checked it smiling… Ahh! I got to see the Umbrellabird! Period. Ahhh! Yes! I got it!

Up until today, almost twenty years later, I enjoy that moment… I was so present when I saw it I can even remember what I was wearing and where the bird was perched.

Nothing to it. The sighting didn’t change my life, and there is nothing in my life as the “Before and after the Umbrellabird”. There have been an infinite number of more important moments in my life than that… However, this one, I remember very well! Nineteen years later. 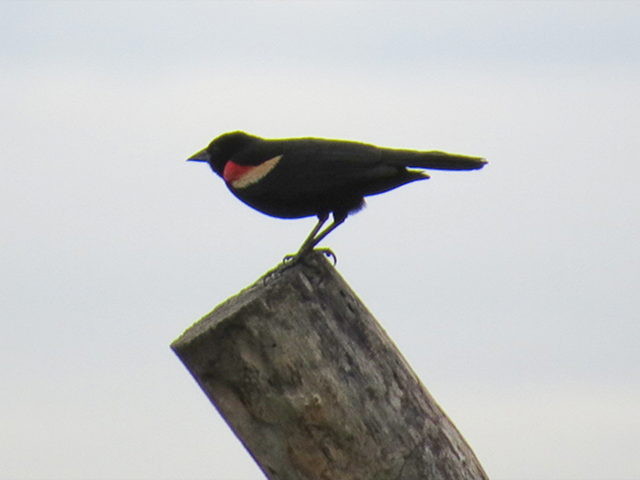 As I say… I think the cavewoman within is the one that enjoyed the most that day. Pure instinct, innocence and childish joy.

And yes! It happens that people get into competition to watch more or less… and I have even heard passengers saying “Felix won’t believe that I saw that… He/She will die of envy”… But the moment, the very moment when you see that one bird… is yours forever.

And that is, in my humble opinion… what it is about birding!

The Ultimate Guide to Costa Rica in June: Weather, Animals, and Activities
May 12, 2022
LET US HELP YOU PLAN YOUR TRIP!
Our experienced team creates your dream Costa Rica vacation based on your interests, priorities, and expectations. When handpicking experiences for your itinerary, we focus on which regions, hotels, tours, and transportation will turn your adventure from merely good to absolutely unforgettable.
Our website is quite big, use our Search Tool:
Check our blog!
Check out what our travelers have to say about us!
Go to Top