Understanding the millennials and how do they take the travel decisions: This article provides a summary of the research done on the Millennial generation since 2009. 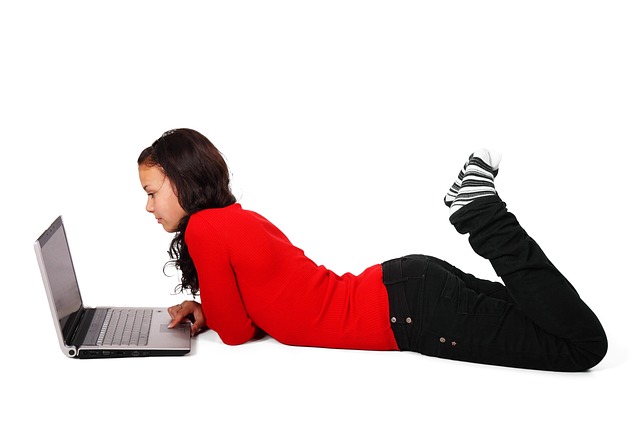 Generational cohorts are just one way to categorize a group of people with similarities—in this case, the era in which individuals were born and when they came of age. We will use the birth years of 1980 to 1999 here to define the Millennial cohort. Sources, though, are inconsistent, with as many as 21 different birth spans referenced.

Like every other generation, Millennials display generalized and unique traits. Economic, political, and social background influences the culture and creates a lasting impact. Changes cannot be fully understood for some time, usually around the time the unique characteristics of the next generation become recognized. Imprints move through the life cycle of individuals, making more significant impressions on youth when they are forming their core values.

Of course, these societal events affect other generations, though they are often interpreted differently through the lens of maturity and experience. Eventually, the young adults of one generation become the elders, carrying elements of their generational influence with them and making a lasting impact on society.

If each generation has a personality, you may say that the baby boomer is the idealist, shaped by Woodstock, JFK, RFK, and MLK. Generation X is the skeptical independent, shaped by latchkeys, Watergate, and the PC. Generation Y is the connected, diverse collaborator, shaped by 9/11, texting, and the recession.

It is therefore, understandable that the stereotypical ambitious boomer workaholic may be critical of one who does not share the same ethics and values. The independent Gen Xer may not appreciate the team orientation and desire for seemingly constant feedback. At the same time, the social-minded Millennial may not understand the priorities of other generations.

Millennials are likely the most studied generation to date. According to U.S. Census Bureau statistics, there are plenty of them to study, 80 million plus (the largest cohort size in history). There are data to find pretty much whatever you are looking for, as the data are varied and sometimes contradictory. In fact, Millennials are full of contradictions, which, of course, may explain the youth of any generation. Most consistent is that this generation is technically savvy, almost as if it has a digital sixth sense. A wired, connected world is all that Millennials have ever known.

They are considered optimistic, with 41% satisfied with the way things are going in the country, compared with 26% of those over 30.G1 Optimism abounds despite the many tragic events that have shaped this generation, such as 9/11, terrorist attacks, school shootings like Columbine, the 2004 Southeast Asian tsunami, and hurricane Katrina. Political, economic, and organizational influences include the 2000 election, the impeachment of a president, the recession and the fall of Enron to name a few. As kids, they were tightly scheduled and many would say overindulged by helicopter parents. They were products of NCLB, reality TV, and an “iWorld,” where Starbucks is usually just a short walk away.

For the purposes of this report, this cohort will be called Generation Y, Gen Y or with more frequency, Millennials, as they reportedly prefer. There are at least 30 other labels for this generation.

Young people are more tolerant of races and groups than older generations (47% vs. 19%), with 45% agreeing with preferential treatment to improve the position of minorities. This may be attributable to the diversity of the generation itself, which recalls that of the silent generation. The shifting population is evidenced with 60% of 18 – 29 year olds classified as non-Hispanic white, versus 70% for those 30 and older. This reflects a record low of whites, with 19% Hispanic, 14% black, 4%Asian, and 3% of mixed race or other. Additionally, 11% of Millennials are born to at least one immigrant parent.G2

Millennials are considered multitaskers extraordinaire, though brain science tells us that multitasking is a myth.G3More likely, they are apt to switching tasks quickly enough to appear to be doing them simultaneously.  When it comes to heavy media multitasking, studies show greater vulnerability to interference, leading to decreased performance.G4 Some studies suggest that this generation is rewiring the brain with extensive multitasking training, evidenced by the teenager who can simultaneously play video games, watch TV, and do homework. They are retraining the brain to reduce the performance deterioration of multitasking by increasing the speed of information the brain processes. This rewiring allows multiple tasks to be processed in more rapid succession. This activity and research suggest that our brains are evolving.

Popular opinion is that Millennials are more caring, community-oriented, and politically engaged than previous generations. Psychologist and Gen Y researcher Jean Twenge contradicts these assumptions. She and her colleagues find that today’s youth are more interested in extrinsic life goals and less concerned for others and civic engagement.G5 They are described as overly self-confident and self-absorbed.G6

This generation masters self-expression, with 75% creating a profile on a social networking site, 20% posting a video of themselves online, 38% with one to six tattoos, and 23% with a piercing in some place other than an earlobe.G1 There is also a trend toward personal branding, which, on its surface, appears self-promoting. Looking a bit deeper reveals a method for young people to identify their passions and determine the most expedient path forward, rather than having others set a path for them.

MORE SIGNS OF THE TIMES

Millennial’s main sources for news are television (65%) and the Internet (59%). Lagging behind are newspapers (24%) and radio (18%).G1 Different from the youth of the two previous generations, parents have considerable influence on Millennial’s political views. In one study of young American leaders, 61% listed parents as most influential, far in advance of public leaders (19%) and the media (12%).G7 Faith leaders and celebrities ranked as having minimal or least influence.

Millennials are never far away from their next text, with 80% sleeping with their cell phone next to the bed. For some, this bed is in their parents’ homes, as 13% have “boomeranged” back because of the recession after living on their own. Thirty-six percent say they depend on financial support from their families. G1

Many Millennials have grown up with parental support and encouragement and have experienced relatively comfortable lifestyles. Approximately 20% of American Millennials living in poverty have not been so privileged.G8

Nearly half of Millennials feel they may be worse off than their parents. Health trends indicate that Millennials could be the first generation in over a century to see their lifespan level off and even decline,G9 with obesity becoming epidemic. G10

For the most part, the priorities of being a good parent and having a successful marriage are most important to Millennials, similar to those held by Gen Xers at a similar stage of life. Similarly, helping others in need is as important to the youth of both generations. Differences in the order of life’s priorities are that older generations are more likely to place a higher importance on a very religious life (21% vs. 15%) and a lower importance on being successful in a high-paying career (7% vs. 15%). G17

HOW DO MILLENIALS DECIDE TO TRAVEL:

The following infographic, made by Wyse Travel Confederation will give you some of their details in terms of travel decision making:

Sources for this article: