Turrialba Volcano… Is it waking up again? … Just a little! 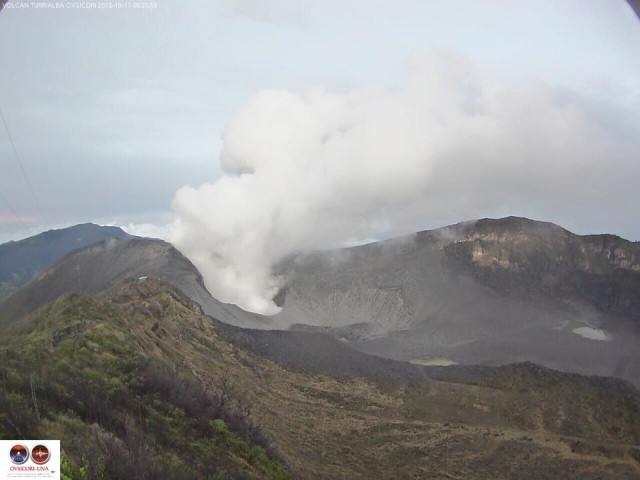 You can see the new ashes in clear gray to the right of the crater.

Costa Rica’s Volcanological and Seismological Observatory (OVSICORI) has reported that there were two small eruption from the Turrialba Volcano that were responsible for a small amount of ash falling nearby on Friday.

No additional eruptions followed today. The volcano has been showing increased activity levels since the 10th of October, leading scientists to believe a new period of activity may be upon us.

The eruption was of a low frequency and was followed by a few minutes of subsequent tremors in the area and then another small eruption. The ash fall did not reach as far as the Central Valley as most of it fell on top of the volcano or moved just northwest with the wind.

Some neighbors were unaware of the activity and slept through it.

There was no need for an evacuation or any changes at the airport. A previous eruption resulted in needing to rent hydroelectric sweepers to clear the tracks at the airport.