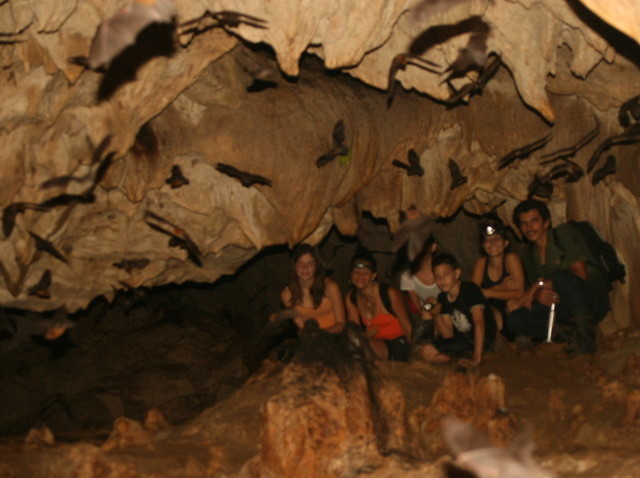 Traveling with children is one of the most exhausting, demanding and tense ways to travel. But it is as well, one of the most satisfactory, rewarding and happy times in life.

I am a mother of five and we traveled all over (Thanks to the job!), we had a lot of fun, and we have a lot of stories to tell. Now that they are all adults and grown teenagers, I can see what traveling did, not only for them, but for the whole family. How it opened their minds, how independent they became, and how daring they can be.  There is a mixture of a humble attitude and a capacity to laugh that I really think came from the long days on the roads.  And, of course… We laugh a lot remembering all those anecdotes!

Now… Of course, having five children (All of them born within nine years!) and traveling all the time, gave me some very valuable tips and ideas that can help any mother when traveling long distances on a car or microbus… So, here they go, my top ones with kids between 6 and 12:

If you have not heard that question at least a dozen times in one day… you have not driven your children anywhere! This is the top question, the main question… the most obnoxious question that children, any age, make when they are traveling. Usually we come with answers such as: “Almost there”, “Not yet”, “Enjoy the view”, “Play something” or, of course:  “Oh Come’on stop it… we are not there yet… and asking five times in ten minutes is not going to make the car (Bus, train, boat, plane) go faster!”.

This causes at first frustration… but later on, they will settle with how long trips are, and start enjoying them… They are what they are… traveling time. Three hours.  (It is fun though, when you hear the old ones telling the young ones… “Why do you ask? You know it is three hours!

2. Kids getting out of their sit belts or their chairs.

They don’t like them… It is a fact… I cannot imagine my life as a kid sitting in one of those for hours! As hyper as I was… But definitely it is safer, and it is the law… So! What to do when they keep of getting out of it?

I did this five times… one after the other! I stopped at a traffic police station or booth, or cop. And simply asked: Is it the law that he/she/they have to be sitting on their Booster/buckled up? Would I be in trouble if you see them out of it? Usually the police is super nice about it and gives them a good talk. Once is enough for life.

If we had a driver, I would ask him to do a pit stop somewhere and asked him to do that.

3. Fighting while on the car. (Specially on long distances, this is another nightmare)

Whenever they started to fight, I would give them one warning: “Stop now!”… Or the usual “Knock it off!”. But of course this does not work as well as it should… Then, what I used to do was to stop the car. Simply stop, in the middle of nowhere. Stop. Didn’t say a word. Simply stop. Usually they would look out to see the reason for me to stop. And I would tell them to go on fighting, but then we would not move until they stopped. Usually two things happened: They would stop right away… or they would continue fighting. But then I could see clearly what was going on and put an end to the fight.

Is there anything more annoying than whining? That crying that is there, but not yet there… Oh Gosh! Whenever I miss the old days with smaller children I think about whining and any nostalgia passes by so fast! If on the car, I would do exactly as with the fight… I would stop the car until they finished whining. But if I was on a hotel, restaurant or tour, I would take the whiner to a separate place and tell him (her to sit on a chair, bench or floor) and suffer… Yes, I would use the word “suffer” … “you sit down there and suffer… When you are done suffering, you can join the rest of the group/family” And depending on the age, I would sit around and “watch them suffer” and/or leave them alone (Under surveillance of course!). Very quickly they would stop whining and come back to the fun.

I guess we all know a lot of car games, however, I will share some of my family’s favorites:

I like them to have their own luggage. One piece per person. However when traveling internationally it is a good idea to mix bags (In the case of lost luggage this will save you from a lot of whining!) I taught them to pack as I pack, carry a couple or three trousers in colors that can go along with three or four shirts. Enough socks… more than needed. Underwear that can be washed in any hotel bathroom and two pairs of shoes. All clothes rolled in one bag. “And make a list, and check it when you unpack and check it back when you pack…. If you lose something, is your call, not mine” (As soon as they are 8 or 9 years old). I never let them pack alone, until maybe when they got 12. But always make them believe I did.

Everywhere we go we have this weird chicken like call… It sounds something like “Co co coooo” . But whenever we would be at a park, a plaza or a more crowded place I would assign a meeting point. “If for any reason we get lost, this is where we meet”. And I try to make it a high or tall piece. Or the door of the church, hotel, or museum. But of course, use your “co co coooo” call if possible! (Particularly hard on teens… unless they feel they want to be weirder than you!

Whenever traveling in the car or a plane… everyone wants a window seat. I used to do strict schedules and print them before traveling, so that they would use them and remind me.

I would always carry anti-histamine (Especially when traveling abroad!), pain killers, alcohol in gel and dozens of band aids. I would always put a bottle of drinkable water next to the bathroom sink.. so that they didn’t go for the tap water. Especially in some places… even in Costa Rica, where it is said that is 100% drinkable water.

Never, ever under any circumstance let them write their names on their bags. Luggage tags are all right, but not big names. You don’t want to be in a strange country with strangers knowing your children names.

I used to call them Sunday toys. And actually used to use them on Sundays or when traveling. A special set of legos, a certain set of cards, a doll or puppets… Whatever different that they would only use in special occasions. For traveling these are super useful because it keeps them excited and busy

When walking through the rainforest you have to be especially careful. The younger the kid the more careful you have to be. Don’t let them separate from you, and never let them out of your sight. If you have as many children as me, keep on counting them, and make one of them (The oldest usually) to be the tail of the line. Tell them not to touch anything and specially not to take anything to the mouth. And bring your first aid kit with you at all times.

Buy a bottle of water for each and buy a big bottle for refill. It is the most useful thing to do!

The Ultimate Guide to Costa Rica in March: Weather and Activities
February 17, 2022
Go to Top