The Turrialba Volcano, one week without ash (Update)

The Turrialba volcano returns to a period of quiet as it has been for a week without new expulsions of ash. 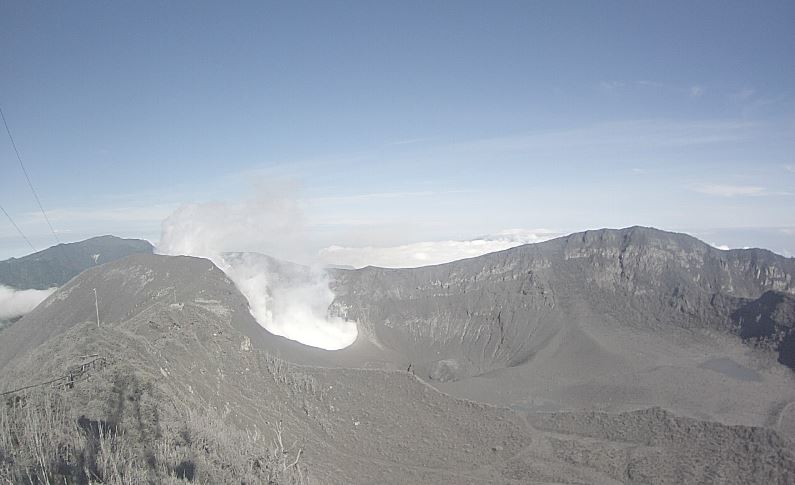 Turrialba Volcano today (Camera up on the volcano)

The Volcanological and Seismological Observatory of Costa Rica (OVSICORI) of the National University, the Turrialba has prevailed  low in its activity Friday, June 3.

As they explain, “both degassing and seismicity remain at significantly lower levels.”

Periodically, the regular gas and steam plume from the active crater is seen through the webcam (Image above).

In OVSICORI, they say the pen is mainly scattered toward the northwest near the earth’s surface, indicating a pen with little force.

No ashfall or sulfur odor perception is reported.

You may like: 11 false statements about the Turrialba Volcano

For its part, the National Emergency Commission (CNE) said that the tremor is low in amplitude and is associated with the slow transit of fluids.

“In case the eruptive process should occur again, ash and gas emanated would be scattered to the southwest“, based on the wind direction reported by the weather station of the National Meteorological Institute, located at the top of the volcano.

These wind conditions are very unstable between 3,000 and 4,000 m s. n. m., so it is constantly changing its course, ” mentioned in the CNE.