Southwest flight from LAX to Liberia 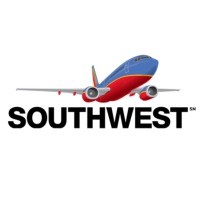 This will be Southwest’s first international destination from Los Angeles, and because its Terminal 1 has no Customs and Border Protection screening area, these flights will use Terminal 2. That will be a slight problem for customers, even though the terminals are adjacent, they are not connected inside security.

“Our list of opportunities is long and Liberia, Costa Rica is just the beginning of the international destinations we plan to offer from LAX,” Andrew Watterson,” Southwest’s senior vice president of network & revenue management, said in a release.

Liberia Airport is a most convenient destination for LAX passengers as beaches near the airport are quickly becoming a vacation hotspot, with a bunch of newish luxury hotels, including the Four Seasons, the gorgeous Andaz Papagayo and the beautiful J.W. Marriott. Together with ore attractions as the volcanoes, rainforest and wildlife. Alaska Airlines and Delta Air Lines also fly from L.A. to Liberia, though neither flies daily.

Southwest started international flights last year, and it now assists 12 destinations from 12 cities. Los Angeles will be the 13th U.S. gateway, though Liberia is not a new destination – Southwest flies there from Houston.  Tickets should go on sale next year.