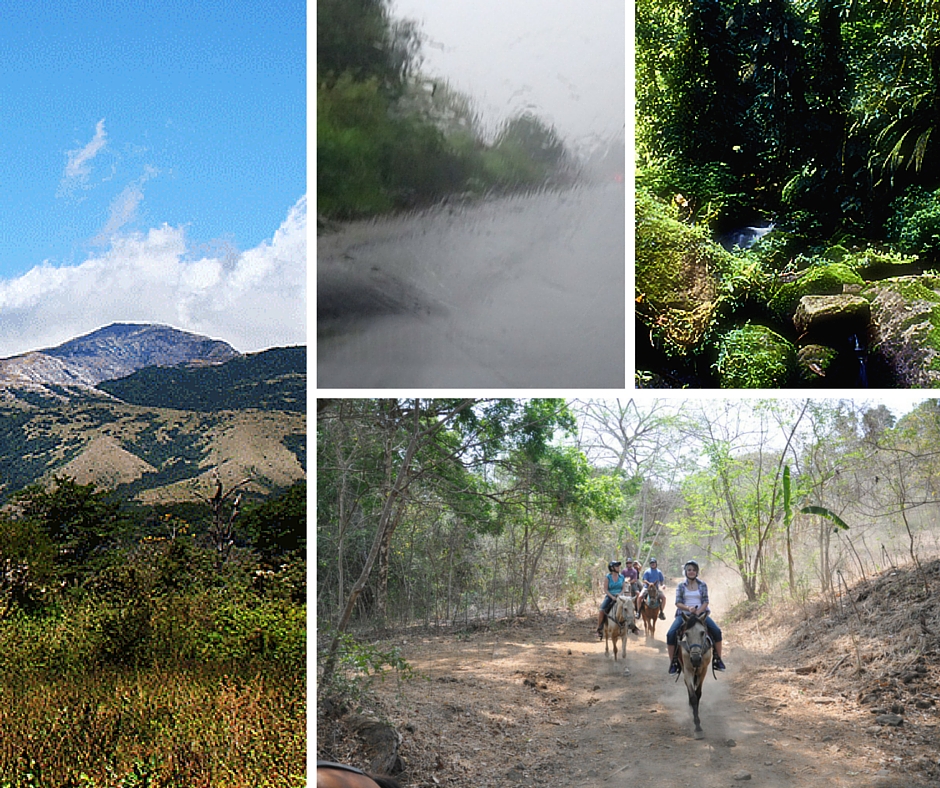 The weather of Costa Rica

Well! It is officially sunny season now! So you may think that wherever you go in Costa Rica, the weather will be sunny and dry, blue skies everywhere… No need for the rain poncho or the umbrella! Hmmm… Wrong! Depending on where you go you may find some pouring rains and chilly winds.

Seasons vary throughout the year depending on where you are in the country. So, to create a tool that can help a better understanding we have divided the country into four climate areas that will help you clarify this.

December and January are usually chillier and windy. (Temperature comes down a couple of degrees in these two months). There are two short periods (Or two weeks each) in late June and Early November when it is sunny.


January can be very windy in Monteverde, Miravalles and Rincon de la Vieja.

This calendar may seem a bit complicated, but it is important to realize that in the tropics there are no weather fixed rules. January and February can be influenced by North cold fronts (And now and then even March). September and October by hurricanes, and December by the trade winds… Always recommend rain gear! No matter what!

Let’s see it in a more graphic way: 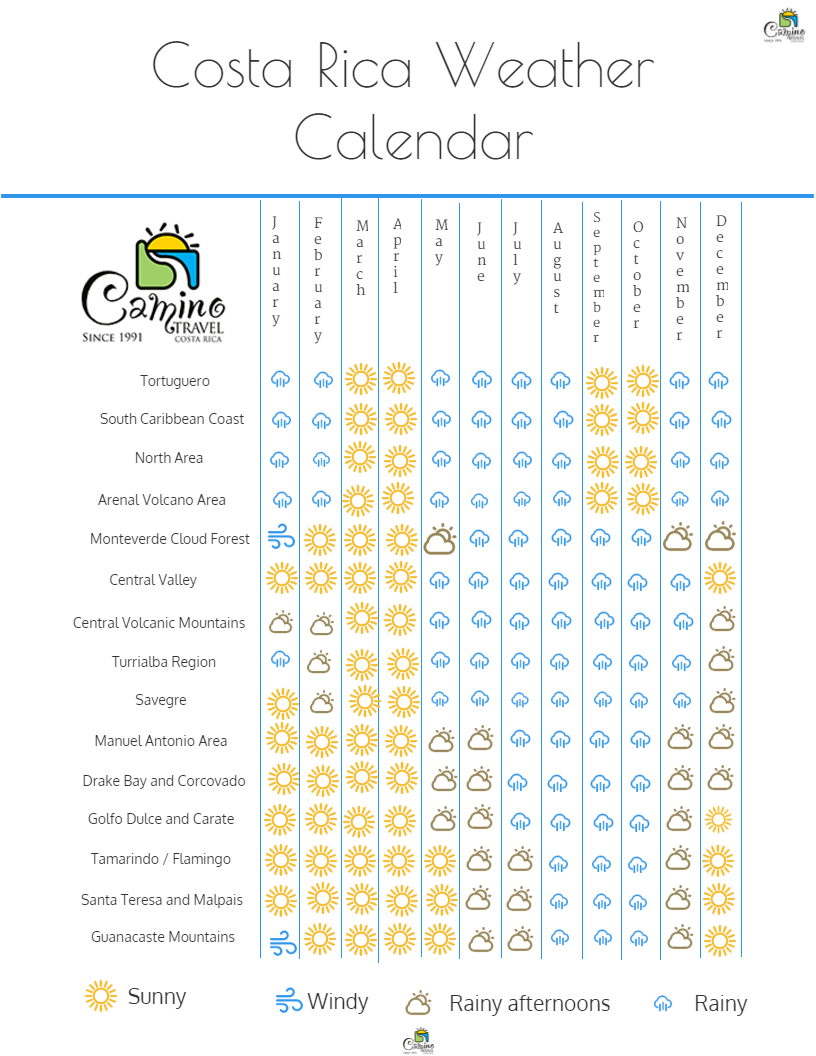