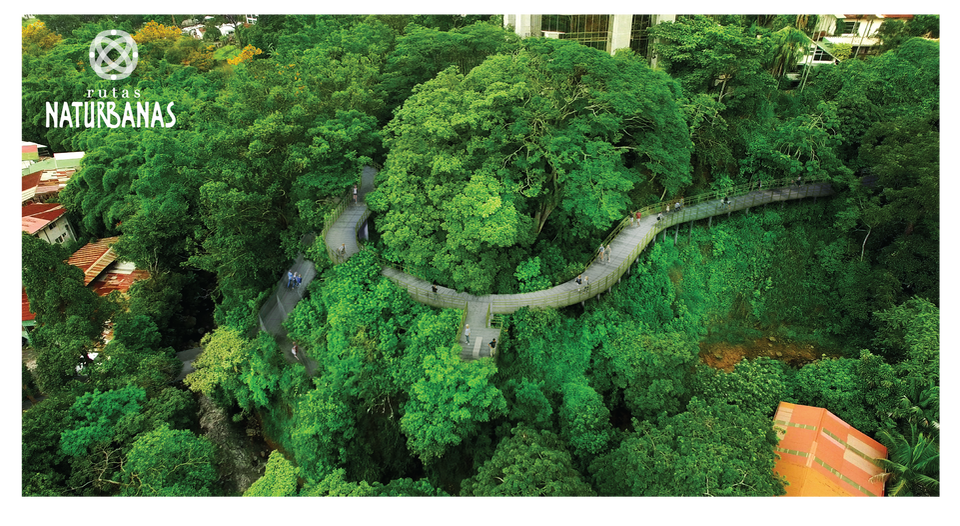 It’s been one year since seven Costa Ricans joined efforts to start a project that would truly have an impact on the quality of life of Ticos and the image of the city of San José; after a year of long work, the first kilometer of Rutas Naturbanas is designed and has the necessary funding to make this first step of the project a reality.

This project would not only provide an opportunity for visitors to enjoy the city to the fullest but would also help alleviate some of the traffic congestion and pollution problems, while also contributing to the conservation of ecosystems, the creation of biological interurban corridors, the better preservation and cleanliness of our rivers and provide safe areas for pedestrians, cyclists, etc.

Rutas Naturbanas is a non-government organization, a citizen initiative that has received the help of a large number of volunteers.

The first kilometer of the project will connect Barrio Escalante, starting from the bridge known as Puente de Los Incurables (Avenue 15), all the way to the Simon Bolivar Zoo in Barrio Amón; before construction begins, however, citizens will have a full month to provide feedback and suggestions on regards to the blueprints and design that will be showcased in the different communities and through the web page www.rutasnaturbanas.org .

The reason this route was picked as the first step of the ambitious project had to do with the fact that many sections are State-owned and therefore it was easier to get the necessary permits, it is also close to the historical area of San José which makes it attractive, and there is a school close by (Colegio México) whose students will be benefited by having a safe route to walk to and from school, explained in press conference Federico Cartín, Co-Founder of Rutas Naturbanas.

Once the design is finalized, taking into consideration the feedback received, the blueprints and project will be presented to the National Technical Environmental Secretariat (SETENA) for approval.

Although this is just one small step, it is a very important one, “Costa Rica is promoted as a green country but when we live in the city we know that there are many problems and the country is still far from being “green”, this is a good step towards being consequent with our pitch”, commented Roberto Guzmán, Co-Founder or Rutas Naturbanas and Director of Chepecletas.