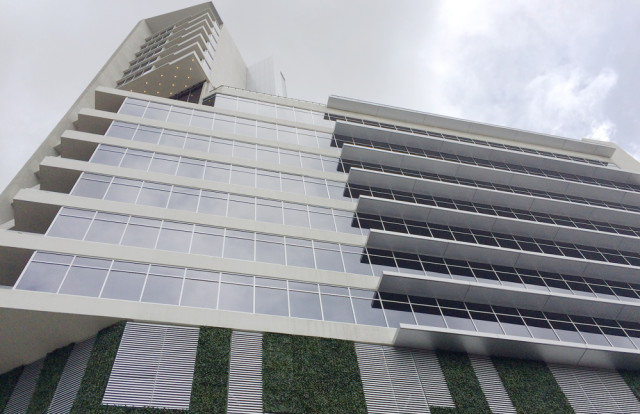 A new hotel from the Hilton Garden Inn franchise on Wednesday officially opened across the street from La Sabana Park, west of downtown San José.

“The group signed a Hilton Worldwide franchise to operate a hotel under its Garden Inn franchise brand,” Tupi said.

Another business group currently operates a Hilton Garden Inn in Liberia, Guanacaste, and the groups are holding negotiations to offer hosting packages at both hotels, said Marketing and Sales Manager Ludwig Díaz.

The new hotel targets both business and leisure customers. It also aims at attracting executive and other business customers as well as frequent leisure travelers. “These are customers who are already familiar with our hotels, and [our] quality service at a reasonable price,” Díaz said.

Díaz told The Tico Times that in the past year and a half the group has undertaken studies of the terrain and of the building’s architectural structure.

They also are consulting with the Culture Ministry’s Heritage Conservation Center, as the nearly 85-year-old hotel was declared a Historical and Architectural Heritage building in 2005.

“We still are in the planning stage of the project, as any renovation must be carefully planned in order to comply with all regulations from the hotel’s historical status,” Díaz said.

The Gran Hotel Costa Rica was inaugurated in October 1930, with U.S. architect Victor Lorenz in charge of the project.