New flights from Switzerland to Costa Rica by Edelweiss!

Swiss airline Edelweiss announced the beginning of a new flight from Switzerland to Costa Rica starting on May 9, 2017. 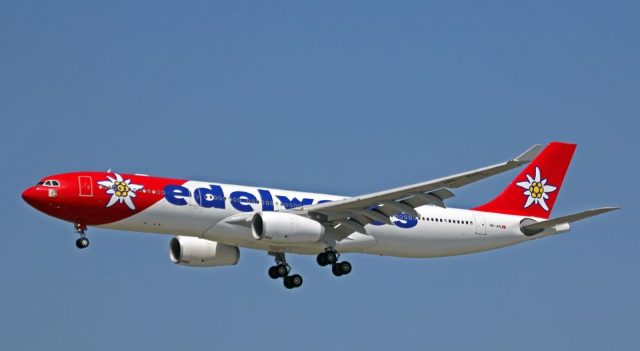 Swiss carrier Edelweiss Air published the opening of a new non-stop flight connecting Zurich and San José that will start on May 9, 2017.

The route will be operated using Airbus A340-300 aircraft with a capacity of 314 seats, the airline said. 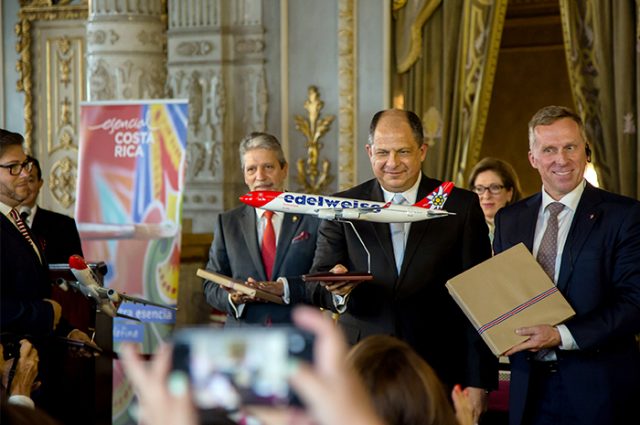 The president said the launching of the new route will also bring cultural and economic benefits. Costa Rica and Switzerland have a free trade agreement in force since 2014.

“Costa Rica is a very popular destination among Swiss tourists,” Edelweiss CEO Bernd Bauer said, noting that the new route will bring some 27,000 tourists to Costa Rica each year, “which will create an economic benefit of $80 million annually.”

The Edelweiss flight will be the sixth from Europe, joining flights of Iberia from Madrid, British Airways from London and Condor from Frankfurt. In November Condor will start flying from Munich and Air France will open a route from Paris.

Data from the Costa Rican Tourism Board indicates that in 2015 some 400,000 people entered the country from Europe.

The figure represents 15 percent of the total number of people who entered on a tourist visa last year, and also an increase of 22,633 arrivals from 2014.

Edelweiss, a member of Lufthansa Group, carries over 1.3 million passengers per year to 40 destinations worldwide.