¡San José Vive! To the rhythm of San Jose municipal band, colors, feathers and men on stilts, the Municipality of San José, presented its mark “SJO ¡VIVE!”, Wednesday morning in the central park of San José. 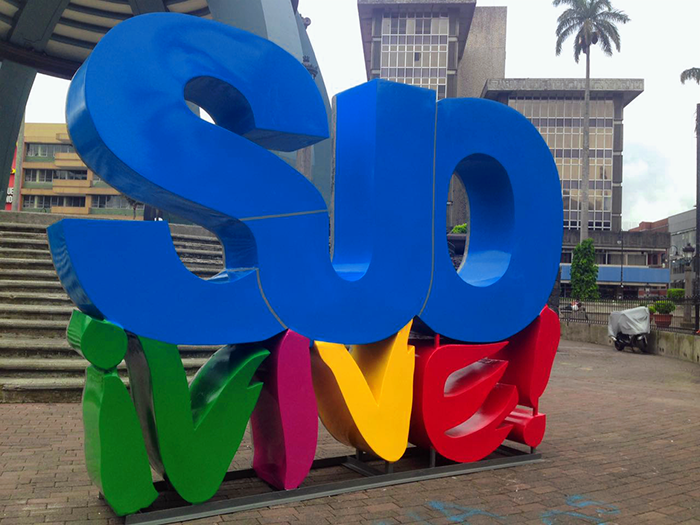 The mayor of the municipality, Johnny Araya explained that the launch of this brand is a strategy to position San José as a dynamic city;

“It intends to serve to place a city, as a destination rather than road and above all competitive.”

Araya acknowledges that there are deficiencies in many areas, however, says that money is being invested in strengthening public cleanliness.

The idea is that San Jose is projected to the world with this mark, according to the statements of Araya.

The “Live” means: An active and dynamic city, also, aims to be associated with the “Pure Life!” motto of Costa Ricans.

“We want people to see San José as a city where they want to spend time, where they can find culture and a place that they want to visit because something interesting will happen. It is a city that is alive and moving; it has everything: art, social work, and spaces for the family “

Pepe Cárdenas, Mexican publicist in charge of developing the project aid to the media.

There will be three sculptures that are 2.4 meters high and 3.6 meters wide, that will be put in different parts of the capital.

The project was initiated by the Mayor and designed by the advertising and marketing agency CBW Marketing. In the past, he has collaborated with the municipality on publicity campaigns such as the Central American Games San José 2013, Festival de la Luz and fiestas de San José.

Pepe Cárdenas used the case of Mexico City as a reference;

“In Mexico City, in 2016 the perception was changed by 20 million people who stopped referring to the city as” Distrito Federal “and instead referred to it as Mexico City. Mark of the city “.

The other objective is for people to focus on the positive rather than the negative, thus attracting business and activities in the capital.

The investment of this initiative reaches the US $ 88,000.00 that involve the creation of the campaign, the sculptures and the marketing that will come with it.

“SJO” is the code of Juan Santamaría International Airport.