A marvellous beach that extends for long distances and that offers some of the best waves in the country, its name could not be more ironic. Literally meaning ‘bad country’, Mal País is anything but. It is a gorgeous stretch of coastline nestled among superb natural surroundings, boasting a relaxed atmosphere. Its name, though, comes from a time when the area’s main activity was agriculture and not tourism.

During the dry season, which can be very harsh in Guanacaste, it was extremely difficult to grow crops because all nearby rivers and streams would dry up. For most of the 20th Century, Mal País was unknown to the international community, subsisting on a combination of fishing and agricultura.

The surroundings are devoid of crowds, allowing visitors to enjoy the natural landscape in relative peace. This reflects in the town as well, meaning you will not find as many tour options as in other more popular destinations. Nonetheless, there are still things to do here, like canopy tours, nature walks, and fishing expeditions.

A nearby natural attraction that is also worth visiting is Cabo Blanco National Park, located only 6.5kms/4miles south of Mal País. It makes for a great day trip. Cabo Blanco was the country’s first national park and is one of the most beautiful. Its forests are made up mostly of secondary forest, although a small share of primary forest does exist in the reserve’s higher altitudes. There are several hiking trails available for those who wish to explore the heart of this splendid wilderness.

Sunny season from November to May

Rainy season from June to October.

Usually, in the rainy season it only rains in the afternoons 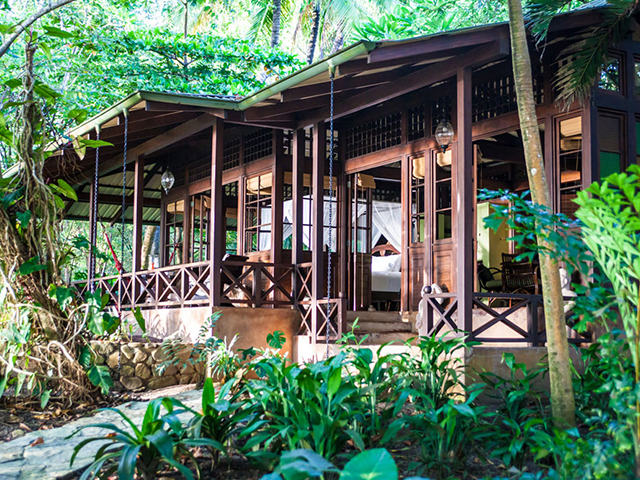