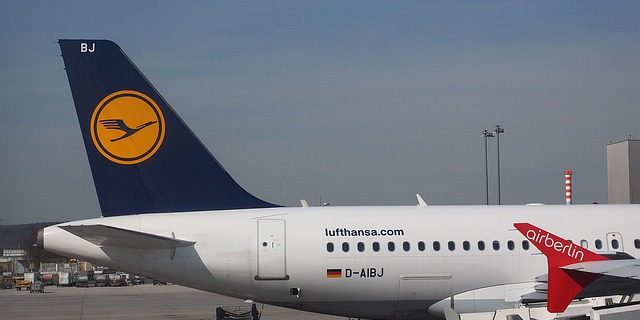 The airline Lufthansa made an announcement; there will be nonstop flights between Costa Rica and Frankfurt two times a week, starting next year (2018) on March 29.

These flights will depart from Frankfurt on Thursdays and Sundays, arriving at the Juan Santamaría Airport (SJO) in the Alajuela province.

Tamur Goudarzi-Pour, Vice President of Sales for the Americans, confirmed the new route through a press conference, Thursday, in San José Costa Rica. The president of the republic, Luis Guillermo Solis, and the Minister of Tourism, Mauricio Ventura, attended the event held in the Costa Rican National Theatre.

Lufthansa has begun promoting these new flights to the “green paradise of Central America.” This is the companies second nonstop flight to the region; there are also direct routes between Frankfurt and Panama.

Solis said that the flights open “a new window of opportunities,” not only for tourism, but “for business, cultural exchange, and foreign trade” as well.

This new flight will bring the whole number of weekly flights between Costa Rica and Europe, to eight. Besides Lufthansa, the list of airlines offering this kind of service is; Air France to Paris, British Airways to London, Edelweiss to Zurich, Thomson to London, KLM to Amsterdam, and Condor to Frankfurt and Munich.

Ventura said, during the presentation, that these new connections are part of the Costa Rican board strategy to increase and diversify markets and connections. He also added that Germany is the second largest source of European Tourism, it represents close to two millions of prospective visitors who consider Costa Rica as an ideal destination for their vacations.

He also highlighted that the Lufthansa Group launched operations in Costa Rica, back in May with a Zurich-San José flight from Edelweiss Air.

“This new flight motivates us to continue working to position Costa Rica as a magnet for investment and as a preferred destination for airlines,”