What you should know about the Turrialba Volcano if you are coming to Costa Rica.

The Turrialba Volcano eruptions have been quite strong since 2014, How does it affect travelers and if there are precaution measures, you can read it all in the following article! 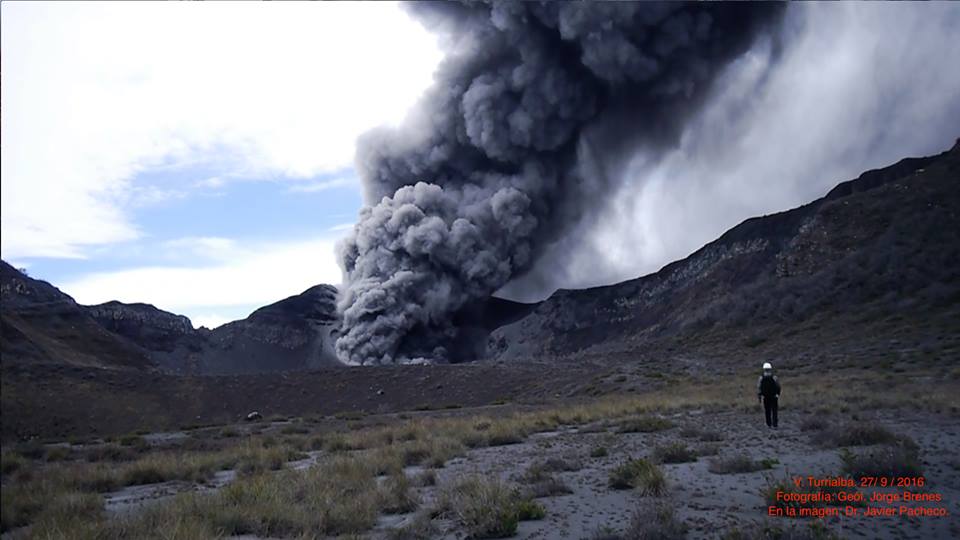 As you may already know, we have, in Costa Rica more than 100 volcanoes. This is probably one of the main reasons for Costa Rica to be as beautiful and diverse as it is.

However, now and then, we pay the price and get one of these in eruption. And now, the turn is on the Turrialba Volcano which has been doing sporadic -however periodical- outbreaks since October 2014.

This volcano is located in the Central Volcanic Mountain Range, and the area takes its name: Turrialba. It is quite high above sea level and has had ash and gasses eruptions that are making it quite famous, as much as popular in Costa Rica.
It is quite a breathtaking view and a grand opportunity for anyone who wants to witness the magnificent power of nature safely.

What are the effects? 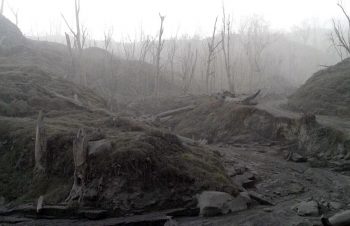 Well! In closer areas to the volcano, the fields are covered with ashes and agriculture, as much as dairy producers, have suffered the most. There have been a couple of small towns evacuated, and except for the specialized professionals, none is allowed to go near this region.
However, depending on the eruptions and in particular on the wind direction, two more areas have been mildly affected: The Caribbean zone and the Central Valley, mostly on the North side of it.
The Central Valley:
As you see in the map (Below) certain areas have been much more affected than others, for instance, the zones of Coronado, mountain areas of Heredia and Alajuela.
None of them are touristic but heavily inhabited by thousands of Costa Rican population.

The effects are a faint Sulfur smell and occasional ash rains that affect mainly the population with breathing problems and the normal cleaning of houses and cars as ash can be quite abrasive if left.

On the travel industry, the Turrialba Volcano eruptions affect much more because of the wind than the volcano itself.
Pretty much as it happened in Europe with the eruptions of the Icelandic Eyjafjallajökull in 2010, but on a much smaller scale, the ashes of the Turrialba affect the airplane engines and the airport landing strips especially when the trade winds blow towards that area of the Central Valley, which is actually an exception and has happened only three times since the eruption started two years ago.

The Turrialba Volcano, as a touristic spot:

Actually, the eruptions are quite unpredictable, however, in the area of Turrialba not a speck of ash dust has fallen and the show is fabulous. This is an area rich in rainforests, adventures, botanical gardens, rafting river and a fantastic place for birdwatching, with several endemic species to be observed. So, even if the volcano is calmed, the time won’t be lost.

The media has been very alarmist in the case of the Turrialba Volcano. However, nothing more than what we have had already is expected. Costa Rica has some of the most respected volcanologists worldwide, and the volcano is monitored 24/7 with two permanent cameras (That you can see online here and here (As the volcanoes where the cameras are placed are quite high, it might be cloudy and nothing is to be seen. However, when it is clear is quite a thing to witness) and several other instruments to scrutinize the Turrialba up to its last movement.

Not only the Turrialba Volcano is not dangerous, but it is an amazing thing to behold! If you would like to stay in the area of Turrialba to witness this amazing show of nature, please contact our travel consultants and we will advise you where are the best options to enjoy this magnificent region and its king the Turrialba Volcano.