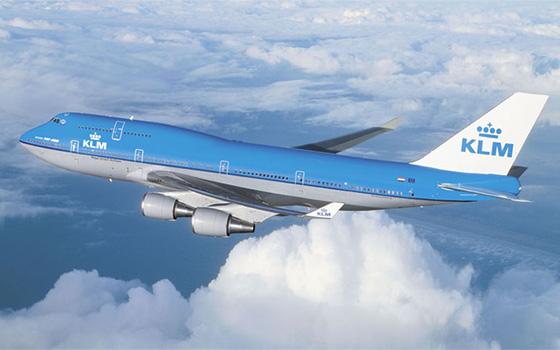 Two direct KLM flights from Amsterdam to Costa Rica weekly.  Costa Rica will be served by a Boeing 787-9 Dreamliner, the most recent aircraft in the KLM fleet, said the airline.

KLM flights to Costa Rica The flights will operate from October 31, 2017, until March, for the duration of Europe’s winter season.

President of Costa Rica Luis Guillermo Solís Rivera declared satisfaction with the news leading to the many bonuses produced by this new direct route, not only for tourism but exporters and other sectors linked to foreign trade.

“Currently KLM brings a large number of passengers to Costa Rica through Panama. The growing interest of the European market in this beautiful country convinced us to start a direct flight to San José,” said Pieter Elbers, President, and CEO of KLM.

Mauricio Ventura, Minister of Tourism, said KLM flights to Costa Rica would offer another option for tourists in nearby countries of Norway, Sweden, Finland, Denmark, Germany and the United Kingdom.

On other days, passengers will be able to use the KLM flight to Panama, which connects to San José via Copa Airlines.

The schedule for the Tuesday and Friday KLM flights to Costa Rica  is as follows:

Tickets will be booked through www.klm.com.

The Boeing 787-9 Dreamliner, has a 294-passenger capacity with 30 seats in world business class, 219 in an economy seat, and 45 in economy comfort.

Air France-KLM group will now offer five weekly direct winter season flights from Europe to Costa Rica: three to and from Paris, plus these two new ones to and from Amsterdam’s Schipol airport.

In 2004, Air France and KLM merged to form the Air France-KLM Group. The merger gave rise to the largest European air group.

KLM is a partner of the SkyTeam alliance, which brings together 20 airlines, offering access to a worldwide network of more than 16,323 daily flights to 1,052 destinations in 177 countries.