2014. The name of Costa Rica went across the World like wildfire. The Soccer World Cup was heating everyone and Costa Rica unexpectedly was winning game after game. Keylor Navas, our goalkeeper became a country hero and icon. and now is the new star in an advertising campaign from the Costa Rica Tourism Board (ICT) that seeks more European tourism. 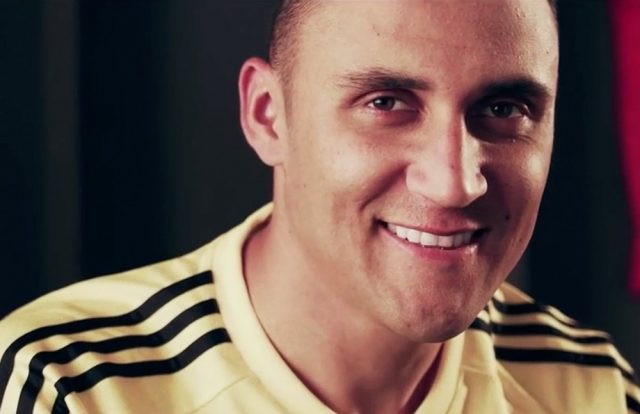 Keylor Navas is the star of a new advertising campaign from the Costa Rican Tourism Board (ICT) that that seeks to draw more European tourists here.

The nowadays popular Spanish soccer team  Real Madrid goalkeeper Keylor posted a message on his Twitter account with a link to the website “The World’s Happiest Goalie” where a teaser message over a picture of the keeper reads: “Keylor Navas is one of the best goalkeepers in the world. But, did you know that he is also the world’s happiest goalie? Find out why on May 24 and win a lifetime experience.”

A spot shows some of Keylor’ Real Madrid teammates wearing goalie gear while a voiceover —with a Spanish accent— explains how hard it is to be a goalkeeper, “but not for everyone” the narrator says over an image of a smiling Navas.

“Keylor Navas is the main star of the upcoming campaign that we hope will allow us to further reach a market that is very important for Costa Rica’s tourism sector,” Ventura told the daily.

According to ICT records, Europe is Costa Rica’s second largest tourist market, just behind the U.S.

European tourists stay the longest here with an average visit of 17 nights. They also are the ones who spend the most, an average of $1,660 during their stay.

In the past two years, airlines including British Airways, Air France, Iberia and Condor launched new routes to both Juan Santamaría and Daniel Oduber international airports.