You are here:
About Costa RicaBlogEvents 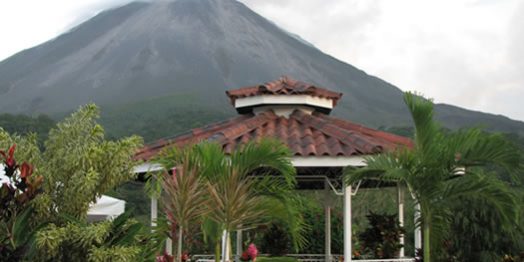 f you visit any big art museum, you tend to find a certain pattern: The first room is filled with old paintings. These portraits are “realistic,” because they document actual people and places. They were probably painted before photography existed, so they helped folks remember what their world looked like in past years. Then we enter the Modernist period, with fractured shapes, odd colors, and unconventional subjects. The art becomes increasingly abstract, then “postmodern,” which generally means “weird” and “confusing.” Then you reach the end of the exhibit and exit through the gift shop.

That is exactly how “Diversity and Hybridization” is arranged, and if you visit the Museum of Costa Rican Art, you will follow a straightforward timeline, from 19th century landscapes to ultra-contemporary photographic nudes and skeletons etched onto overlapping sheets of glass. You are meant to see the evolution of Costa Rican creativity. You witness history through artists’ perceptions, one decade at a time, up to the present day.

In case this isn’t clear to the visitor, a plaque explains how things have changed:

“The concept of visual arts is consolidated in the last decades of the 20th century, particularly in the 21st century, broadening the conception of [fine] arts that existed until then, to include new creative means of the time as well as others that did not go well with previous notions regarding art. Costa Rica art breaks with the traditional concept based on classical forms… artists detach themselves from traditional rules to propose innovative materials and processes based on their discourse.”

In short: Artists now make weirder artwork, because they are freer to express themselves in wacky ways. That may sound callous and simplistic, but that is exactly what avant-garde art is – strange, experimental, and idea-driven. It doesn’t have to look nice. Few people want to hang it on their wall. The concept and creativity are what matters, not the beauty or coherence.

That said, “Diversity and Hybridization” is a very fine exhibit, and although this chronological arrangement is a cliché, it also gets the job done. Just like a similar exhibit now on display at the Central Bank Museums, the Museum of Costa Rican Art offers a concise history lesson. The display is diverse, as the leaden title implies. There’s a lot of great work here, and if there was ever a good time to learn the origins of Costa Rican art (for free), December is probably it.

The curators are clearly beholden to “Mujer Con Tupos,” a mixed-media sculpture by Roberto Lizano Duarte. Not only is the woman’s face large and colorful, but it also hangs in the center of the gallery. There is even an adjacent television that shows how Lizano creates his work, a mini-documentary that plays on repeat. The woman’s face is warped and androgynous, her hair big and droopy, and her nose is literally separated from her face. The sculpture is composed largely of discarded cardboard. The countenance and bold and unique, but it’s hard to say what it’s “about.” Was this someone Lizano knew? Is she a figment of his imagination? A guardian angel? A child he’ll never have? Who is she? We have only her unusual features, the Kahlo-like hues of her skin and clothing, the hybridized mystery. This is postmodernism. Make of her what you will.

The work is all engaging in its own way, but this critic particularly liked “Agriculture,” a mural created by Francisco Amighetti and Margarita Bertheau in 1948. The painting shows campesinos in the fields, oxen and oxcarts, washerwomen and harvesters with machetes. An unclothed woman lies in the soil, mixing into the land, representing Mother Earth. This is the Costa Rica we all know and love, the traditional vista of lakes and mountains and farmland.

But wait: Is that a man with a rifle? And is he shooting another man dead? Is that a corpse already lying at their feet? Are those women running away from the murders of unarmedcompañeros? Who are these people? How did this violence erupt in such a peaceful scene?

It is startling to learn that this mural was painted for the Presidential Palace. What do those tiny figures represent, in a nation with no army or historic cartels? What were Amighetti and Bertheau implying? This question is the most provocative part of the exposition, because it is found in the most unlikely place. It is a smudge of dissidence in an otherwise blissful scene. It takes the viewer off-guard. Sixty-six years later, that mural is just as powerful as ever.