Last saturday, hundreds of horses made a huge and most traditional equestrian parade in San José downtown into what has been called for more than a hundred years now “El Tope”. 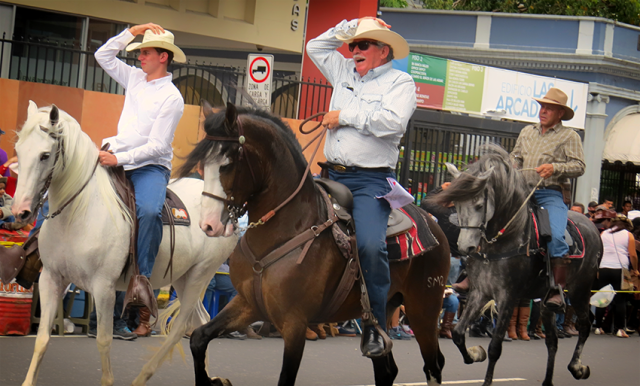 Last Saturday we had the usual December winds

Tope is the word we Costa Ricans use for equestrian parades and the one in San José is the most popular and the largest in the country, although they make a “tope” in every single town whenever there are celebrations.

Where it comes from?

The tradition started with an earthquake that shook San José in 1871 and that destructed the Metropolitan Cathedral. As the cathedral had to be totally re-built the Catholic Church made a call to all towns near by, and all towns agreed on a calendar to take turns having fairs where they could collect money for the reconstruction of the San José Cathedral.

Up until this day, the town fairs are called “Turnos” (Turns) as they used to say it is that or this “Turno” to help the cathedral. 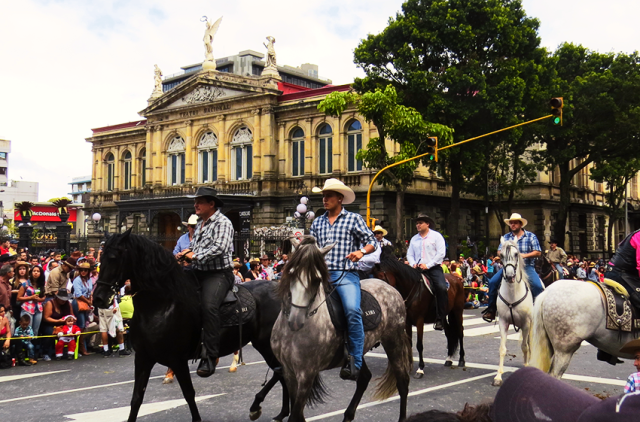 Whenever a town had a fair and raised money they would get the materials to the church, either wood, stone, paint, etc. and brought it with ox carts to San José. These oxcarts were always preceded by the most important men in the village who would take their best horses on the convoy. The men in San José, as a correspondence would go with their finest horses to encounter them (Topar in Costa Rican Spanish means to encounter someone) half way. And then, all these beautiful horses will arrive to San José with all the expected materials for the construction.

Of course, this led to great horse breeding and a tradition in raising the Costa Rican “Paso Finos”, which, up until today are known internationally for their beauty, their strength and the way they do Spanish dance steps.

El tope, as it is said above is the biggest tradition at the end of the year. A lot of people dresses cowboy style and there is a lot of flirting, dancing and inevitably drinking in the streets. You will see cowboy hats and boots are everyone’s dress that day.

The washing of the streets is not enough to really get rid of the aromas, but the big celebration seems to be worth it. 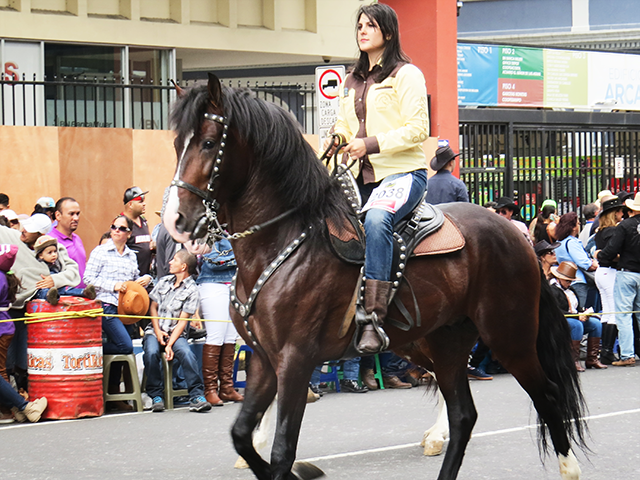 When is it celebrated?

In San José, traditionally on December 26th, however if you are in Costa Rica, and there is a “turno” (The old intention of turnos has been gone for more than a hundred years but the name remains), as about when are they having their “tope” (Horse parade) and try to check it out, It is truly beautiful (Specially if you like horses).

And finally, here there are some of the pictures taken that day from the horses and the music singers, the people and how San José looked last Saturday.