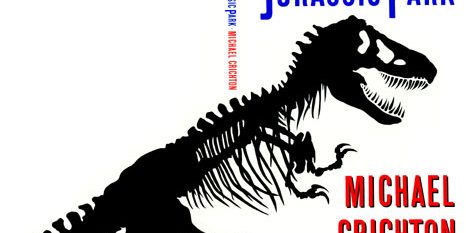 It seems that Michael Crichton came on vacation to Costa Rica back in the late 1980’s with his family, including his daughter, who was just a baby. . They went to Monteverde, among other attractions. The road to Monteverde has always been famous for being a pretty hard one, but in those days was almost impossible.

They went up to see the cloud forest and it seems that something stung the little child. And she develop a very violent allergic reaction as her leg got swollen and she had very high fever.

From the hotel they took the child to the Monteverde clinic, and from there to an ambulance and into the Puntarenas Hospital. While they were on their way down from the cloud forest to the nearest hospital (In the town of Puntarenas), Michael Crichton was pretty worried about the situation. As they didn’t speak any Spanish, and he did not know much about the quality of the services of the Costa Rican medical team.

They arrived in the hospital, and the child went in with her mother and Michael had to wait outside in the sort of chaotic and hot ER of the public hospital of Puntarenas. And wondering if he should call for a helicopter to drive them to the airport and back to the States.

Finally a Costa Rican pediatrician of the Puntarenas Hospital came out looking for him, and explained in perfect English what happened and the treatment that they would have to give to the child.  The doctor was a graduate from Johns Hopkins (The famous Baltimore pediatrics hospital/university) and the child stayed in the Puntarenas Hospital until she recovered and could travel to the States.

While she was in the hospital and as Crichton’s wife stayed with her all the time, Michael rented a room in a nearby hotel, and not having much to do, but reading and writting, he started writing Jurassic Park… And this is the reason why, at the very beginning of the book, the first description Michael Crichton gives about Costa Rica is the great medical care we have! And then he goes on and on about the fascinating things to see in the country (A whole description on Cabo Blanco with the possible wildlife sightings and so on).

Michael Crichton family kept coming back to Costa Rica up until he passed away in 2008.

The movie, though is filmed entirely in Hawaii. Spielberg didn’t trust the road system and finally decided to stay n the States to do it.