Culture Plaza in San Jose will be ready in November!

If you are coming to San Jose in the next few months or have come in the past few months, you noticed an ugly tin wall right on the side of the National Theater. They are giving a new face to our iconic Plaza de la Cultura (Culture’s Plaza) in the heart of the city. Well! Now the news says that the Plaza will be ready to enjoy it for November. 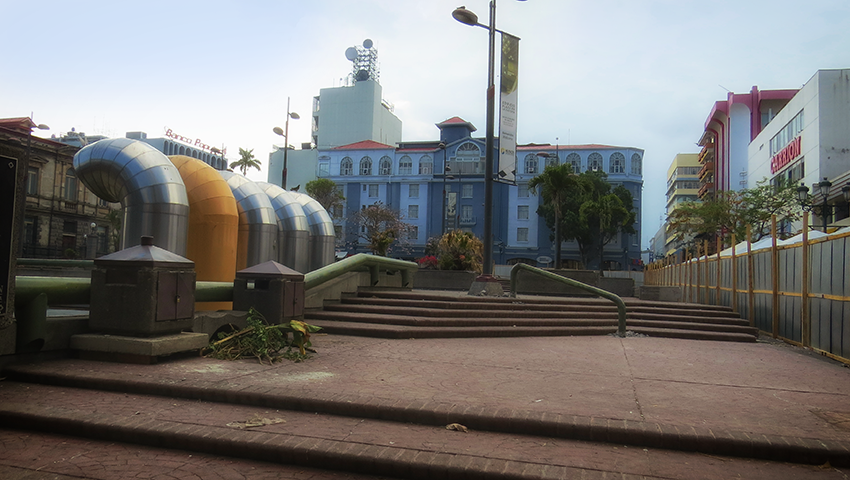 When the Plaza de la Cultura, one of San José’s milestones, reopens to the people it will have a musical fountain playing Costa Rican music synchronized at night with a light show.

The $3 million project to restore the iconic square, located next to the National Theater in the capital’s downtown, began on April 4 and is scheduled for completion in November.

The project, however, is more than an aesthetic renovation. The famous square is also the roof of the three-story underground building that houses the Central Bank Museums, including the Pre-Columbian Gold Museum. The restoration project seeks to fix a series of water leaks that are causing damage to the building’s walls and columns.

Central Bank architect Rafael Marín said the concrete used for the square is highly porous and permeable and allows filtration of rainwater in some of the museums’ rooms. Humidity could cause the building’s steel reinforcements to corrode, he said.

“If not treated soon, humidity can damage the concrete slabs that work as the building’s upper deck,” Marín said.

Museum spokeswoman Diana Núñez said mineral salts and corrosion had caused damage that implied the closure of one of the museums’ rooms.

The new Plaza de la Cultura design will also include an improved lighting system and three new ramps to improve accessibility from different levels. Ramps, sidewalks and other public areas around the square will also have signage for the visually impaired. 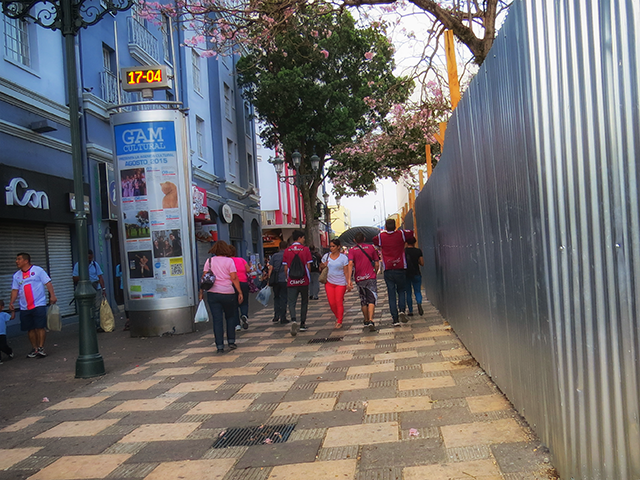 The restoration of the Culture Plaza in San Jose is part of a project to renovate the historic center of San José and boost tourism, especially visits to the city’s museums.

Plaza de la Cultura was inaugurated in 1982 and originally had a fountain with a transparent base that allowed visitors to look down into the museums below. The transparent panels, however, were removed during a renovation in 1996.

The 20th Century World Architecture Atlas included the Central Bank’s Museums construction as one of the finest in the world built between 1900 and 1999.

Moreover the gold museum, the three levels of the building house art, numismatics, and archaeological artifacts.

Núñez said construction is not interfering with museum hours and currently most of the rooms are open to visitors on their regular schedules.

Promoting San José as a tourism destination is a new focus of the Costa Rica’s Tourism Board (ICT). Officials said last year that they want visitors to spend time not just at the country’s beaches and national parks, but also in the capital.

For us, at Camino Travel it is quite important that this and other changes take place in our capital city as it will create a much better and attractive area to visit on the first or last days of your vacations.