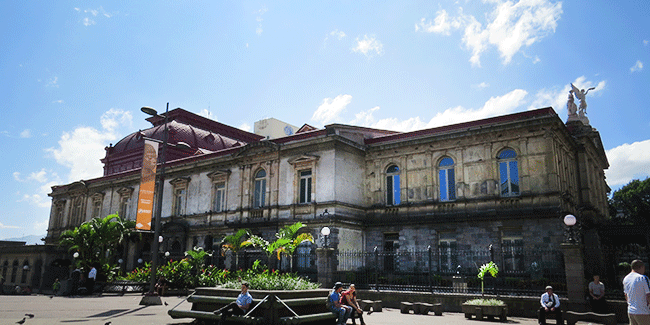 The architecture and ornamentation of the National Theater is a prodigious allegory to the political system and the models of economic and cultural expansion assumed by the liberal Costa Rican State.

This week the National Theater in Plaza de la Cultura at downtown San Jose celebrates its 120th anniversary, the theater opened to the public on October 21, 1897, with an act of Johann Wolfgang von Goethe’s Faust.

The works started in 1891, the first plans for the theater were official on October 7, 1890, merging the ideas and work of a large group of workers, who produced a monument with the aspirations of the presiding elites. 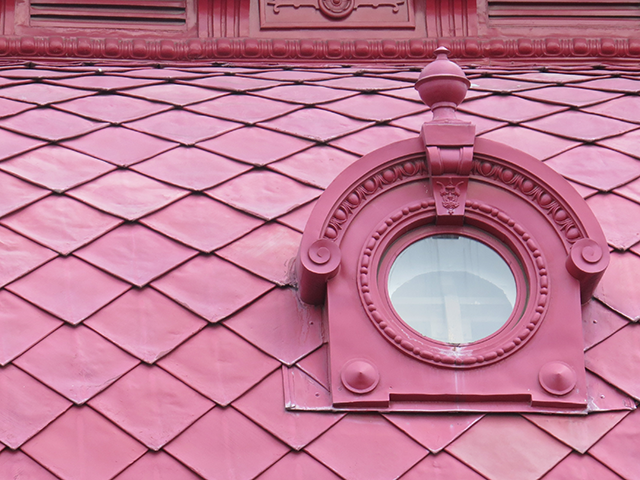 “Conceived as an oscillatory movement, sometimes harmonious, sometimes contradictory, between its function as a ‘symbol of power’ and ‘allegory of artistic metabolism,”

The National Theater was the place where it was important to be seen by others, and even though competition has appeared in San Jose, the National Theater remains, for the most solemn performances, the space of memory and historical consecration of our city, this tribute initiated the home of arts in the country.

“Cultural freedom is a potential synthesis between two opposites, in which our society looks for a way of life to resolve the challenge of living together and sharing a mutual destiny”, writes Bermudez on the theater’s website.

The anniversary celebration started last Tuesday, October 17 and continued through Sunday, October 22, with the 19th being the great day.

The Sunday activity, with 100 musicians from the General Directorate of Bands is free to the audience.

The creation of the National Theater was coordinated by the General Directorate of Public Works, a division of the Secretaría de Fomento, today is recognized as the Ministry of Public Works and Transportation and a citizens’ board formed by the Government.

The contractors proposed artistic solutions; the administrators had the last word in all the choices regarding the design of the building and its ornaments.

Design and construction were when San Jose’s population was only about 20,000 people. To finance the edification, the President of Costa Rica, José Joaquín Rodríguez Zeledón placed a tax on coffee, the principal export product.

Later, a coffee planter requested the government to remove the export tax on this product and put it on rice and beans (also main export products back then).

Stylistically, the Renaissance and French taste of the exterior contrasts with the extensiveness of the interior decoration, as there are works inspired by Greek, Roman, Renaissance, Baroque, Neoclassical, Rococo and academicist art.

The front of the theater features statues of Calderón de la Barca and Ludwig van Beethoven. There are several monuments by the entry path counting Frédéric Chopin. The inside also counts with the mural Allegory of Coffee and Bananas by Milanese artist Aleardo Villa. The painting was produced in Italy and shipped to Costa Rica for the installation in the theater.

The National Theater is a monument to the development of Costa Rica and European culture.

As well as having presentations numerous times a week, the theatre is a tourist attraction. Performances by the National Symphonic Orchestra take place as part of orchestra’s regular season and include both Costa Rican and foreign composers.