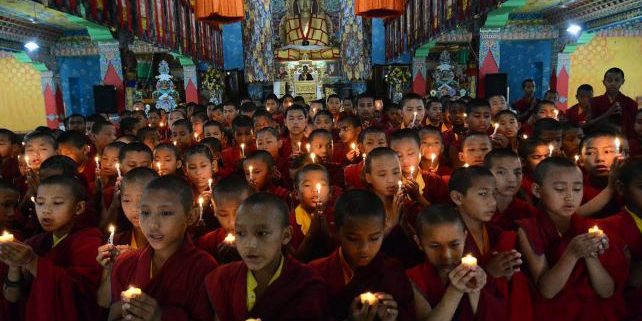 With an official communication issued yesterday, and through the Ministry of Foreign Affairs of the Republic of Costa Rica Costa Rica stands with Nepal after catastrophic earthquake sending heartfelt condolences and a message of solidarity to the people of the Federal Democratic Republic of Nepal, who recently suffered a major loss of life and property after a powerful earthquake. Following is the latest report from our wire news agency:

Kathmandu, Apr 26 (EFE).– The death toll from the magnitude-7.8 earthquake in Nepal has risen to 2,357 and rescue operations are continuing in the Himalayan country, which was rocked on Sunday by a magnitude-6.7 aftershock, emergency management officials said.

A total of 6,237 people are listed as injured, the Interior Ministry’s National Emergency Operation Center said.

More than 1,000 people were killed in Kathmandu alone, officials said.

Rescue teams continued working throughout the day to find dead and injured people, while many Kathmandu residents opted to camp out in the streets amid fears that buildings damaged by the powerful quake might collapse.

The government urged residents to remain alert for possible aftershocks in the next 48 hours.

The magnitude-6.7 aftershock that hit the country on Sunday was also felt in northern India and Bangladesh.

Among those killed in Saturday’s earthquake was Google executive Dan Fredinburg, who died in an avalanche on Mount Everest, the company said.

Spanish Foreign Minister Jose Manuel Garcia-Margallo told reporters in New Delhi, where he arrived for an official visit on Sunday, that 169 of the 319 Spanish citizens visiting or living in Nepal have been located.

Workers are trying to restore communications and electric service in the Kathmandu Valley, the country’s most populated area, cut off by the temblor.

The earthquake, which struck shortly before noon on Saturday and whose epicenter was located some 80 kilometers (50 miles) northwest of Kathmandu, is being called the worst in Nepal’s recent history and one of the most powerful in the past decade in the region. EFE