Costa Rica, one of the most peaceful countries of World

According to the latest Global Peace Index (GOI) report from the Institute for Economics and Peace the World is a bit more dangerous now. 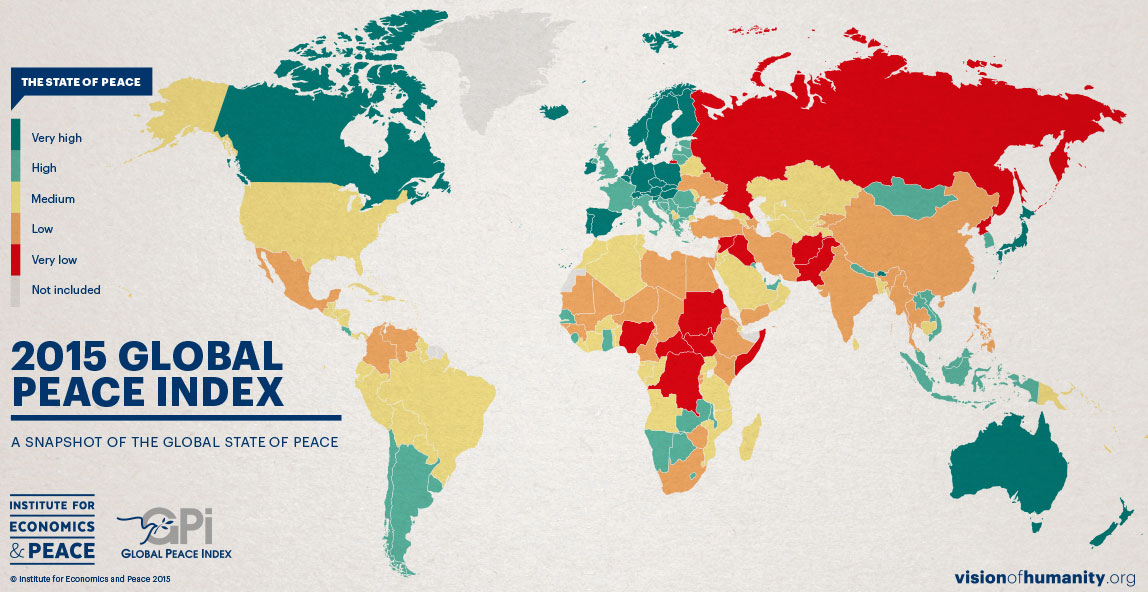 Most Dangerous Countries in The World Map

The ninth edition, published on October, 2015, is  the only statistical measure of its kind, ranking 162 countries based on how peaceful (or not) they are. It actually reports that, globally “levels of peace remained stable over the last year” but are still lower than in 2008.

The countries in the report cover over 99% of the world’s population and uses 23 indicators, each on a scale of 1-5. The index measures peace using three broad themes: the extent of safety and security in society, the level of domestic and international conflict, and the degree of militarization.

In the report, Costa Rica is number 129th and a score of 1.654, in the most dangerous countries in the world. The higher the rank and the lower the score, the less dangerous a country is.

In the region, our northern neighbour Nicaragua ranked 88th, Panama to the south, 98th. El Salvador ranked 40th, Honduras 46th and Guatemala 45th. Belize was not included in the ranking.

If we see the numbers Costa Rica is pretty peaceful, the most peaceful in Central America and leads the way to other Latin American countries.

The ranking allows for analysis of individual geographical regions. Syria, Iraq and Afghanistan are predictably the most dangerous countries in the world.