You are here:
About Costa RicaBlogNews 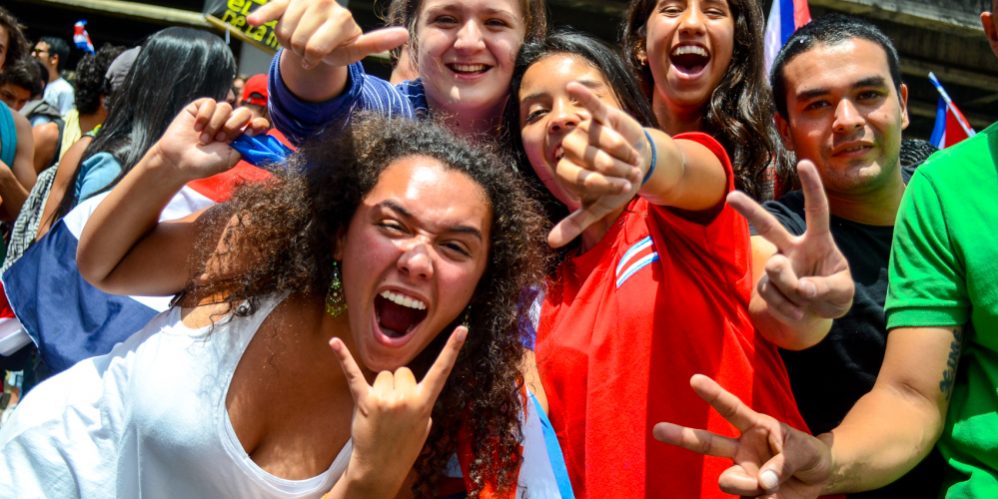 No surprise here: a strong majority of Costa Ricans are pura vida, according to the first Gross National Happiness index released Thursday.

The index, carried out by the National Teachers Cooperative, COOPENAE, found that 85.5 percent of Costa Ricans were satisfied with their lives as measured by nine categories: ecological diversity, health, living standards, education, use of time, psychological wellbeing, government, community life, and cultural identity.

Eco Market Research investigator Elías Izaguirre said that the Costa Rican GNH was based on the index popularized by the Himalayan country of Bhutan.

The 1,285 Costa Ricans between 15 and 75 years old who were surveyed said that they were most pleased with ecological diversity (92 percent), health (89 percent) and education (80 percent). Women scored slightly higher than men in the report but the difference was not significant, Izaguirre said. The index has a margin of error of] +/- 2.77 percent.

The index found that Costa Ricans were concerned about the environment but generally attributed the causes of ecological problems to others and did not connect them with their everyday behaviors.

In terms of health, those surveyed generally said that their daily lives were not impeded by chronic health issues. Eighty percent of those surveyed self-reported “good” or “very good” health.

The areas that scored poorly in Costa Rica were community life (55 percent) and cultural identity (49 percent). The index found that while Costa Ricans have strong family relationships they did not tend to establish many meaningful contacts with their neighbors or participate in community organizations, volunteer work or cultural activities.

Alvarado said that COOPENAE was considering future GNH index studies on an annual or biannual basis.

Costa Rica tends to score well in happiness studies. In June, the country ranked second in the world in the Gallup 2014 State of Global Well-Being Rankings.

In April, Costa Rica maintained its spot as the 12th “happiest” country in the world, according to the 2015 World Happiness Report produced by the U.N.-affiliated Sustainable Development Solutions Network.