The forest coverture reaches 52 % of the territory. Costa Rica is the only one in the Central American region and Mexico that acquired a real raise on the forest coverture in 20 years as it passed from having 50% of its territory covered by forest to a 52%.

The information is obtained from a yearly statistic of the United Nations Organization for Feeding and Agriculture (FAO), in where a comparison is made between the evolution of the forests in different countries of the World, from the data on the Forest Resources World Evaluation (FRA) 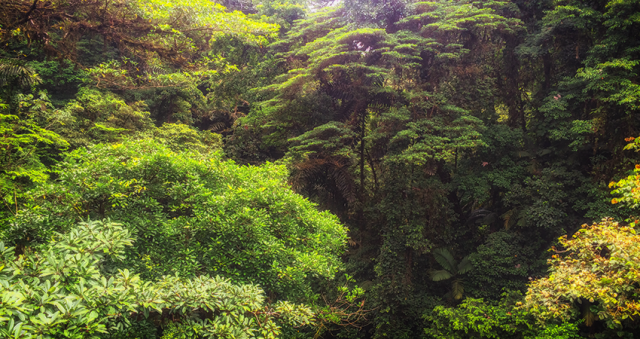 The report from the FAO points that for this same period in Central America, the forest coverture got down by five percent points as average, although countries like Honduras or Nicaragua showed a decrease of 38 and 33 percent each.

As Gilbert Canet explained, since the 80s state policies have promoted reforestation and create incentives for the forests to be protected. Also, the ups and downs on te agricultural activity motivated that the zones, previously dedicated to grassland, get a cover with trees.

Cannet added that the principal zones where forests where to recover wherein the Guanacaste region, the North, and South zone.

As the Ministry of Environment and Energy, data showed, the provinces with a greater amount of soil covered with forest are Limon and Puntarenas because of each one of them destinies 11% of their territory to plant trees.

To continue the tendencies, Gilbert Ganet indicated that there is going to be a program of forest development to give support to the estate owners who want to reforest.

The report of the FAO indicates that Latin-American and the Caribbean where the regions of the world with a higher rate of reforestation because it got to the -0,46% between the 2000 and 2010, which triplicate la world standard. However, the report indicates that; “the general tendency in Latin America shows a deceleration of the Area convention of forest to agriculture zones or livestock.

What does that mean for you as a traveler?

Well in a country as small as Costa Rica, this means that wherever you go in Costa Rica you will see rainforest! With half of the territory in forests, it is almost hard not to see it and it is impossible not to enjoy it!

But even more! It means that Costa Rica has done a serious effort to preserve the forest and it is showing. The tropical rainforests can be saved, and with them, life on the planet. As you invest your vacation in destinations that are making real efforts to preserve their nature, the World itself grows to be a better place for all.