But before they began their flights to more tropical locations, Rocky Mountain National Park (RMNP) and its partners the Rocky Mountain Bird Observatory (RMBO) and its sister parks in Costa Rica collaborated to conduct a summer solstice bird count, held on June 20, 2015. Much like the winter solstice bird count, commonly known to many in the United States as the “Christmas Bird Count”, this effort worked with volunteers to count the numbers of birds and diversity of species within and near RMNP and Estes Park. Different than the winter solstice counting efforts, this event documented the diversity of migratory species at the park while a simultaneous effort took place documenting resident birds in protected areas in the Cordillera de Tilaran area of Costa Rica.

Rocky Mountain National Park is a designated globally important bird area and visitors from around the world ‘flock’ to the park for the opportunity to see unique birds found in the Southern Rocky Mountains along the Continental Divide. Protected areas in the Cordillera de Tilaran area of Costa Rica also have globally important bird areas and are internationally known for their diversity of birds. Both areas share a common bond with migratory birds that breed in Rocky Mountain National Park and winter in Costa Rica and on June 20, 2015, they hosted a simultaneous summer solstice bird count. This spirit of international cooperation connect migratory birds to important bird areas and assist managers in protecting birds and their habitat for generations to come.

Knowing that many birds that breed in Rocky Mountain National Park are migratory and only spend a short period of time here, it is important to learn more about the pathways these birds use. Questions asked by visitors include: What paths do birds that breed in the park actually use during migration and where do they winter? Do they stop over, or winter in other national parks and protected areas?

Specific migratory pathways, stop-over sites, and wintering areas for most North American breeding species have not been documented simply because no available technology for tracking small birds existed until the development of geolocators. Geolocators mounted on the back of small songbirds store times of sunrise and sunset in a data logger and that information can be used to calculate latitude and longitude. Until this technological breakthrough, ornithologists relied on infrequent recaptures of banded birds at scattered banding stations to understand migratory routes.
The Western Tanagers and the Swainson’s Thrush were recaptured within 50 to 100 meters where they were initially caught; fascinating to learn that these birds traveled thousands of miles north and south to return to the exact same location to breed.In 2012, Rocky Mountain National Park and Rocky Mountain Bird Observatory initiated a project to investigate the migration patterns of Swainson’s Thrush and Western Tanagers at Rocky Mountain National Park using geolocator technology. 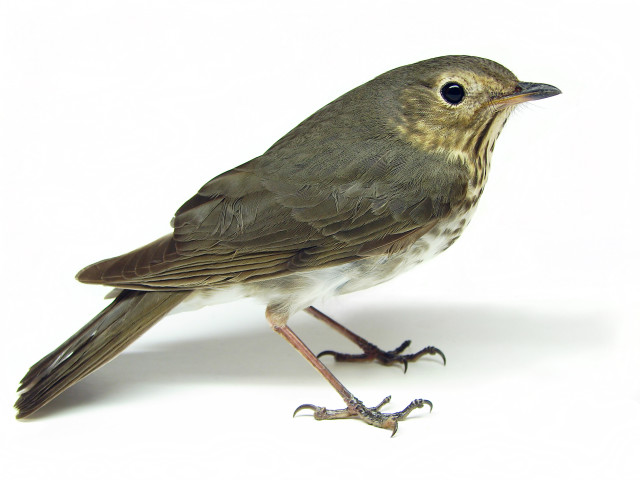 The first two years of field work started in 2012, resulting in ten Western Tanagers being captured and outfitted with geolocators, and in 2013, one Swainson’s Thrush was captured and outfitted with a geolocater. In 2013, four tagged tanagers returned to territories occupied in 2012, of which two were recaptured and in 2014, the Swainson’s Thrush returned and was recaptured. Data from recovered geolocators produced maps showing migration routes, stop-over sites, and wintering areas for both tanagers and the thrush. The Western Tanagers migrated through southeast New Mexico and western Texas as stop-over locations and southern Mexico and portions of Northern Guatemala as wintering areas. The Swainson’s Thrush migrated south close to the Continental Divide, passing through Costa Rica, wintered in Venezuela and passed through Costa Rica and then over the Gulf of Mexico coming ashore in Southern Texas during its Northward migration.This information represents the only thoroughly documented migration route for Western Tanagers throughout their range and a rare glimpse into a Swainson’s Thrush migration between the Rocky Mountains and South America.

In March of 2014, staff from Rocky met with RMBO and Costa Rica park professionals at a meeting hosted by the Santa Elena Cloud Forest in Monteverde Costa Rica. During this meeting, which focused on shared conservation of migratory species, it was agreed to conduct simultaneous bird counts during the summer solstice at Rocky Mountain National Park and winter solstice in Costa Rica to advance our understanding of migratory birds in both locations. Both areas have done Christmas Bird Counts for many years and document that many species of birds, who breed in Rocky Mountain National Park, winter in the central area of Costa Rica. However, no count had ever been done using the same technique to document the birds in their breeding habitat, while they are absent in Costa Rica.

The results of the June 20 bird count documented 109 avian species and 4,221 birds. Of those 109 species, 39 (36 percent) are known to occur in Costa Rica. Additionally, a new species to the park was documented, the Pacific Wren, which was an unexpected find!

Protected areas in the Cordillera de Tilaran area documented over 200 species in their bird count while they were experiencing a tropical storm with heavy rainfall, and as expected noted that the migratory birds that winter there and summer in RMNP were absent. Of interest, they documented some birds that breed in South America during their summer were in Costa Rica during South America’s winter. Costa Rica plays an important role for not only wintering North American birds, but also wintering South American birds. Costa Rica, which is an amazing biological diverse country, has 27 percent of its land mass in protected areas and is critically important for migratory birds in two continents.