Christmas by the Numbers in Costa Rica

You are here:
Our Company News 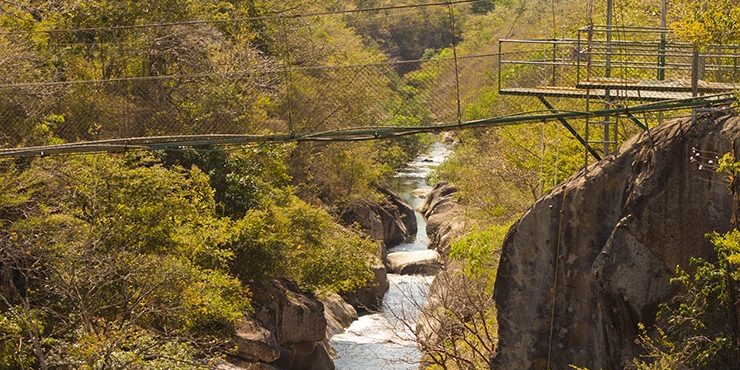 For the purpose of ending the year with a creative and seasonal spirits, the School of Statistics at the University of Costa Rica has published a report(PDF) focusing on topics that go beyond the traditional demographics. The 2014 Current Events Survey investigated sentiment and facts related to Pope Francis, Ebola, football, mosquito-borne diseases, extraterrestrial life, and Christmas.

With regard to Christmas and the end-of-year holidays, the School of Statistics went straight for the stomach as it investigated a delicious culinary tradition: Tamales. It so happens that people in Costa Rica prepare and consume 196 million bundles of tamales per year, which works out to 392 million meals based on the fact that each piña de tamales (a bundle) consists of two of these scrumptious cornmeal-based delicacies.

It so happens that 91.3 percent of Tico households consume tamales beginning in December and continuing well into January. More than 60 percent of households know how to prepare this holiday meal following a recipe that dates back to pre-Columbian days. As much as Costa Rica would like to lay a claim to being the birthplace of tamales, the fact is that this is a Mesoamerican dish that actually started wrapped in cornhusk leaves and later switched to plantains. At one point, it was consumed daily by indigenous tribes; however, more ingredients were added when ancient Costa Ricans observed religious feasts venerating the Sun.

The only two ingredients in modern tamales that are 100 percent from the Americas are achiote (annatto or Bixa orellana) and bell peppers. Corn (maize) may be one of the most important crops on a global level, but it cannot be labeled as being 100 percent Mesoamerican. The bundled and wrapped nature of this dish allows for some lighthearted fun at the dining table: Someone may be either lucky or unlucky in getting the tamal tonto (fool’s tamal), which is the final one being prepared and thus may or may not be chockfull of leftover ingredients; there’s also tamal mudo (silent tamal), which is nearly vegetarian in the sense that it is mostly cornmeal and potatoes. Christmas tamales in Costa Rica traditionally contain pork meat and flavoring.

Other Statistics Related to Christmas in Costa Rica

Christmas is certainly a family affair in Costa Rica, as can be gleaned by the figures below:

Why having a naturalist guide is important when you are in a rainforest?
July 28, 2015

Behind the scenes… Our first inspection of a property
July 2, 2015
Go to Top