Lucy Marland, a nine-year-old schoolgirl is to front a worldwide educational campaign to save one of the world’s rarest frogs. 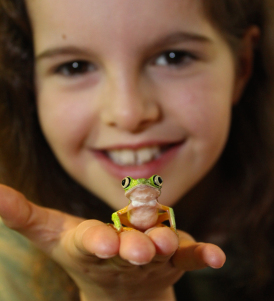 The girl joined forces with The University of Manchester after seeing face to face a Lemur Leaf Frog, kept at Manchester Museum and one of a few hundred left anywhere in the world.

The campaign, named Learning with Lucy, aims to the education of primary age school children in the UK and in the Guayacan region of Costa Rica, where the frog survives, about the amphibian and its threatened rainforest habitat. Guayacan is located in the foothills of the central Caribbean versant of Costa Rica one of the most biologically diverse regions in Central America. It is currently recognized to have the highest known amphibian diversity for a single site in all of Costa Rica, with nearly 70 species. 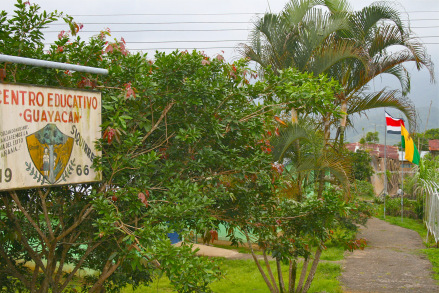 The frog is also one of the world’s most unusual: by day it has silver eyes and a lime green body, but by night, its appearance transforms into chocolate brown eyes and skin. It also never leaves the trees.

Lucy said: “I am so excited to be part of this project because I love frogs and I am very worried about the Lemur Leaf Frog and its survival. I want everyone to know that with a little effort, we can make a difference for these frogs and other endangered animals.”

Andrew Gray, curator of herpetology at Manchester Museum, oversees the amphibian collection in its vivarium and leads the Lemur Leaf Frog Conservation Project. Manchester museum has the largest and most important collection of live Costa Rican frogs in the world outside of Costa Rica.

Backing the campaign, Sir David Attenborough said: “I wholeheartedly support Manchester Museum’s campaign, headed by Lucy Marland, to save the Lemur Leaf Frog. It is after all, one of the world’s most unusual and rarest amphibians – and it is in real trouble.”

The Vivarium of Manchester University