In a friendly way to honor our independence, Belgium dressed Manneken Pis to honor Costa Rica 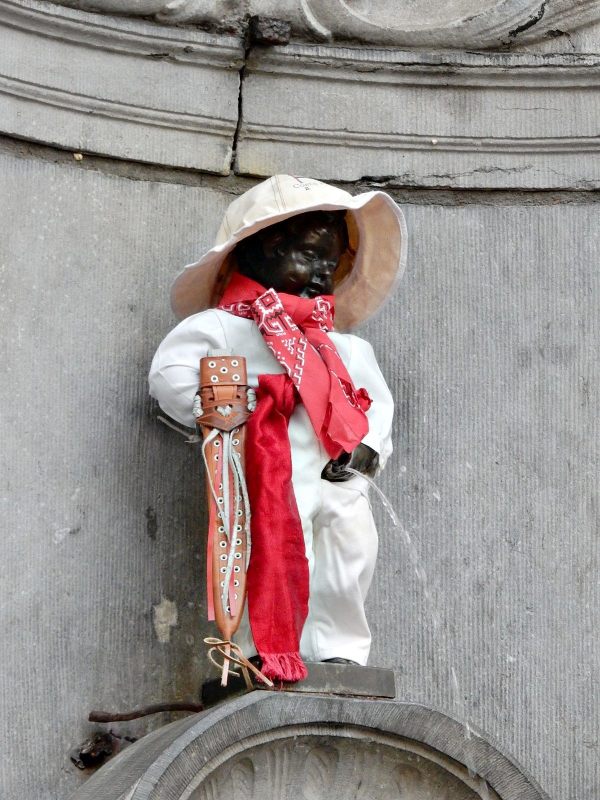 For Costa Rica’s Independence Day, bands will play, school children will hold parades and the president will speak, but perhaps one of the most surprising celebrations was held last week halfway across the world with the statue of a small peeing boy.

Saturday morning, Manneken Pis, the celebrated Belgian statue of a peeing boy, was removed from his mantle in the country’s capital of Brussels and robed in traditional Costa Rican garb.
Throughout the day, photos taken by the tourists who visit the statue showed not the famous naked boy, but a tiny Costa Rican peasant boy dressed in the typical white suit, hat, red bandana and holding a machete sheath. A Costa Rican flag was later added to help the confused crowd. 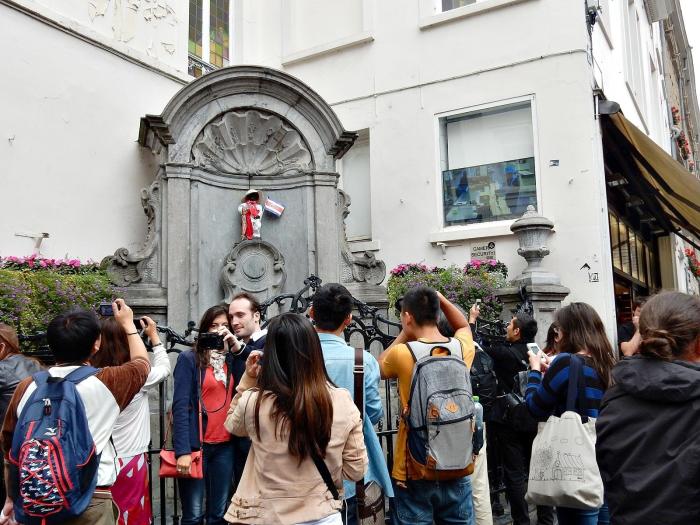 Sculpted sometime during the 17th Century, Manneken Pis has become the primary symbol of Belgian folklore. The original statue and subsequent recreations were repeatedly stolen, prompting the Belgian government to keep the most recent, restored version (from 1968) locked up. The outdoor re-creation is now dressed up several times a week to celebrate different cultural events.