The movement continues. Earth Day is every day. 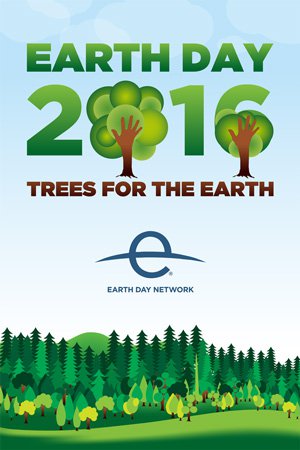 We are now entering the 46th year of a movement that continues to inspire, challenge ideas, ignite passion, and motivate people to action.

At Camino Travel,  we are very clear that this is a human task. It has to do with all of us. It does not belong to an organization, or to an agreement. All of us together can do something.

If we feel discouraged by corruption, greed and huge pollution sources, we must understand that if in the little scale we don’t do anything, the big scale won’t react.

We are an emerging consciousness! Let’s plant trees!

In 1970, the year of our first Earth Day, the movement gave voice to an emerging consciousness, channeling human energy toward environmental issues. Forty-six years later, we continue to lead with groundbreaking ideas and by the power of our example.

And so it begins. Today. Right here and right now. Earth Day is more than just a single day — April 22, 2016. It’s bigger than attending a rally and taking a stand.

This Earth Day and beyond, let’s make big stuff happen. Let’s plant 7.8 billion trees for the Earth. Let’s divest from fossil fuels and make cities 100% renewable. Let’s take the momentum from the Paris Climate Summit and build on it.