Air France to Costa Rica in a direct flight. Costa Rica adds a new direct route for the tourist arsenal. French flag carrier will start operating from November 2 this year, the Paris- San Jose route. It is the second route of the company to Central America, after that of Panama.

The French, who visit Costa Rica, have high levels of education, are lovers of sustainable tourism and nature. They have an average stay of US spending and $ 107 a day and 17 nights respectively.

Air France will fly for the first time to Costa Rica on November 2, 2016, with two direct flights weekly for the winter season on the route Paris- San Jose, which will be operated by a Boeing 777-300 with a capacity of 468 seats.

Frédéric Gagey, president and CEO of Air France, said: “Our offer of two new direct flights between Paris and San Jose allows us to link the European continent, with an outstanding tourist destination. With this new offering, we have set the goal of supporting the growing Costa Rican economy, the largest in Central America. Our long distance network is thus enriched with a region of the world in which we are already a European leader. “

President of Costa Rica, Luis Guillermo Solís said that this important announcement is cause for joy for the government and the country in general, as it will generate multiple benefits.

“I must acknowledge the hard work that has been carried out on airlines, to bridge the gap and achieve meaningful negotiations with internationally renowned airlines such as Air France. This new flight will not only facilitate the visitation of French citizens to our country but thanks to their extensive network of connections, this route will link Costa Rica to tourists from all over Europe.

You may also like: LAX – Costa Rica for $149 with Southwest Airlines!

This, undoubtedly invigorates the tourism industry of our country, generating benefits for more than 600,000 people working in this activity directly and indirectly as well as the communities that are in tourism, its growth opportunity, “noted Solis. 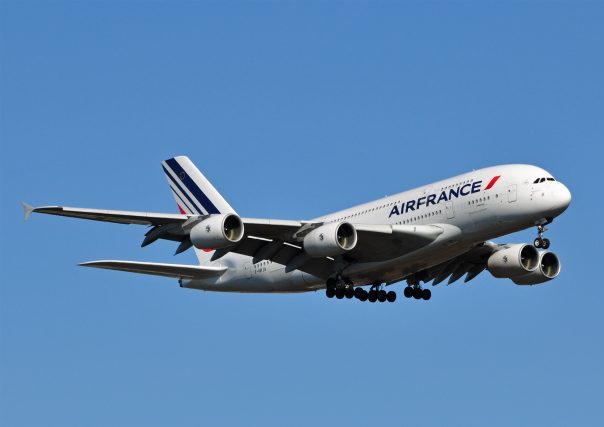 Meanwhile, Mauricio Ventura, Minister of Tourism said that this is of great significance, as it represents an accurate sample of the  Costa Rica position as a tourist destination in Europe and the results of the good work that has been implemented to attract airlines from our principal tourist source markets.

Europe showed significant growth in 2015. Nearly 400,000 Europeans entered Costa Rica by all ports for a growth of 6.1%, and a figure of over 300,000 international arrivals from Europe, who entered the country by air for an increase was recorded 6.8%.

Furthermore, only they did the previous year, almost 90% of French who entered Costa Rica by air, 47,227 international arrivals accounting for a growth of 9.6% compared to 2014. It also recorded 54,773 visitors for all pathways to an increase of 10.2%.