About whales and dolphins, an amazing thing to witness… with responsibility! 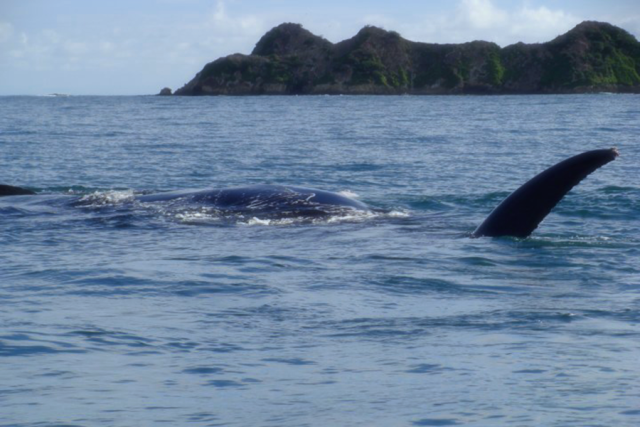 We just started with the “whale season” in the South Pacific area of Costa Rica.

Every year, Costa Rica becomes a vacation paradise for thousands of tourists, but also a “usual destination” for migratory species that move long distances in search of better conditions for their life processes.

Migration is actually a survival strategy for the growth and development of some species, thus ensuring continuity.

The geographical position of Costa Rica as a bridge between North America and South America, as well as its climatic, biological cycles favors the reproduction.

The arrival of cetaceans (whales and dolphins) to the Pacific coast is a magical show that many want to witness and has become an activity that generates a good income for coastal communities for several months throughout the year. However, it truly involves a share of responsibility of tourists and operators.

Giant humpbacks. The waters of the Costa Rican Pacific warm and calm are a welcoming environment for “couples” of humpback whales (Megaptera novaeangliae) looking for mate, or, for mothers give birth to her calf in peace, without the threat of predators .

Water temperatures between 27 ° C and 28 ° C work great as a cradle for the hatchlings.

The displacement of these two populations coincides with the arrival of cold temperatures to these areas, so throughout the winter months in the Northern Hemisphere-from December to March whales move to northern Costa Rican Pacific (Guanacaste).

On the other hand, the whales from the Southern Hemisphere seek the warm waters of the South Pacific during the austral winter, between July and September.

In the Pacific can also be spotted playful dolphins of two species: the (Stenella attenuata) spotted dolphin and bottlenose dolphin (Tursiops truncatus).  These two species are non-migratory, but rather permanent residents, which can be seen throughout the year.

The tourism concept of whale and dolphin is an important economic activity for coastal populations in the South Pacific of Costa Rica. A report published by The Nation revealed that 90% of the economy Ballena Bay, Osa, depends on the sighting of cetaceans (whales and dolphins).

In Camino Travel we welcome the fact that environmental tourism generates income to these communities; however, we call for responsible and sustainable tourism. 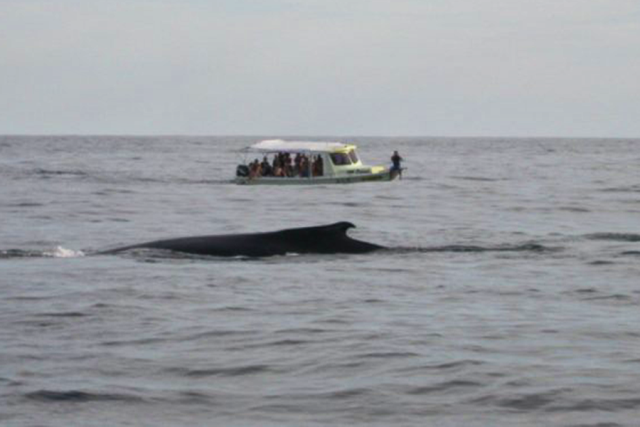 Enjoy them with Responsibility

To see them. Whale watching is possible during much of the year in the North Pacific: Coco Beach, Hermosa, Panama, Flamingo, Tamarindo, Nosara, Samara, Montezuma, Malpais and Tambor; in the central Pacific: Curú, Jaco and Manuel Antonio, and the South Pacific: Ballena, Sierpe, Drake, Puerto Jiménez, Golfito, and Pavones.

Approach. The approach  should always side or parallel to the swimming direction of the animal; never from the front or behind.

Respect space. The minimum distance between the vessel and the animal should be 100 meters.

Prudence. The maximum observation of a group of cetaceans should not exceed 15 minutes. This time should be much lower if it is a single individual.

Do not disturb. Tourists should refrain from making noises that disturb cetaceans. The swimming and diving are prohibited if they are not scientific purposes, and must have an authorization from Sinac.