About the Arenal Volcano?

Almost anyone that has been in contact with Costa Rica would have heard, at least, of the Arenal Volcano.

It used to be tremendously active, up until October 2010 and famous for its -as well tremendously- photoshopped fire on the sides pictures.

So, anyway, La Fortuna was this small untouched by the volcano village that lied in the right place (Thanks to its position the violent eruptions of Arenal never touched it) and had one old wooden hotel and one little four tables restaurant.  As the volcano was erupting an average of an explosion every twenty minutes the people began coming to see it. One day trips from San José. The tours lasted about 12-14 hours. And it was merely a “Go, sit on a rock and wait until the volcano erupts and go back to San José”. That was it. 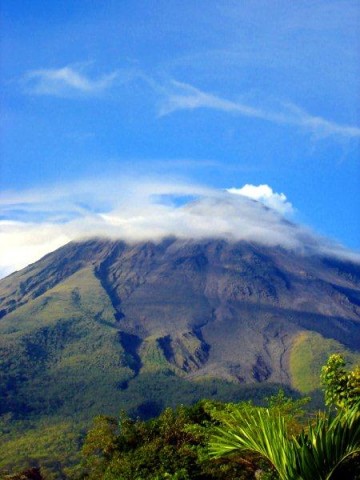 But then, one day another restaurant opened, and a hotel, and little by little the cattle farmers of the area began to turn their pastures into hotels and tourist attention centers. Little by little, but actually quite fast, the region of Arenal filled with all sorts of activities, shaded by the thrill of a possible eruption anytime. And when it happened, tourists stopped doing whatever they were doing… Waiting on a platform to go zip-lining, walking on a rainforest trail, or soaking in hot springs. Everyone would simply look up and awe at the power of nature in the perfect cone of the Arenal Volcano.

Until, one day in October, 2010, the volcano stopped. One last eruption… and that was it. It fell asleep. And it can be dormant for some few months or hundreds of years… No way to know. But then, you simply had to stop and look around… Here we were, the main attraction was gone, however… The area itself turned into one of the most fantastic places of Costa Rica!

While everyone was thinking of what to do while the volcano erupted, the inhabitants of La Fortuna created this amazing natural adventures park with everything from extreme to soothing!

In the area you can find: 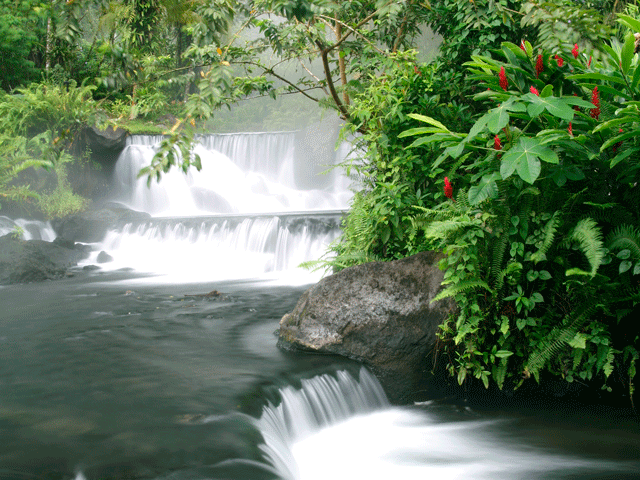 Ziplines: If all the trees in the area were cut, there would be an enormous amount of entangled cables all over the place as there are at least ten different canopy tours, from mild to extreme)

Waterfall Rappelling or Canyoning: There are at least three different projects, all of them thrilling, safe, and in primary forests.

Horseback: This is an area of cowboys, horseback riding is like breathing!

Hanging Bridges: At least two projects with several high, wide and safe hanging bridges in the canopy of the forest

Organic Touristic Farms: With an abundance of products in a super fertile soils the organic farms or the Arenal area are almost a compulsory visit if you want to see the cultural side of the region.

Spas: By dozens! Almost in every hotel and some in La Fortuna, this is one of the gifts of the area. 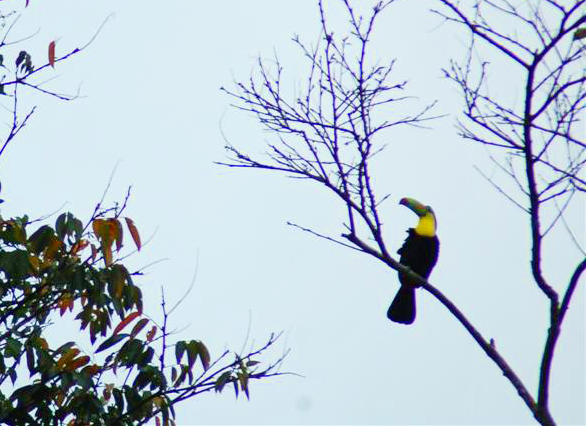 Rainforest Hikes: Also everywhere! The rainforest at Arenal is one of the most diverse in the country and there are several protected primary forests.

Bird Watching: In the zone of Arenal there are over 340 species of birds, from super colorful like the Passerini’s Tanager or the Keel Billed Toucan, to the bizarre call of the Oropendola Montezuma.

Wildlife Sighting River Floating Tours Some of the rivers in the area have fantastic wildlife sightings and gorgeous landscapes. Worth the day if you are into mild easy adventures.

Arenal Waterfall: Most beautiful and pristine waterfall in the midst of a primary rainforest. You have to go down hundreds of steps (And go back up to exit!) but the view and swimming in its pond is absolutely worth it!

There are many more activities to do in the area, the list is almost infinite! From Paddle boarding and wind surfing in the lake to rainforest aerial tram and river tubing to pinapple and chocolate tours… However we are listing some of the most popular. Check them out with our Travel Consultants! It is truly and infinite and vigorous region!