A small guide to the National Parks of Costa Rica 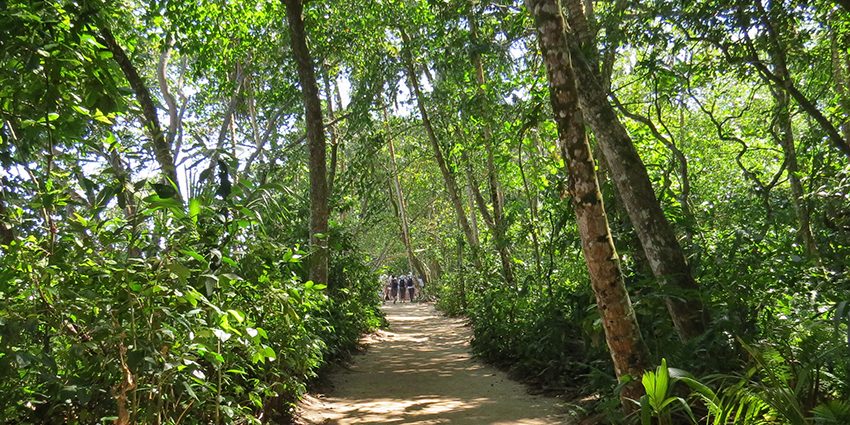 National Parks of Costa Rica are the reason many people come to this country. Find here a bit about the history, the differences, the rules and some tips to visit them 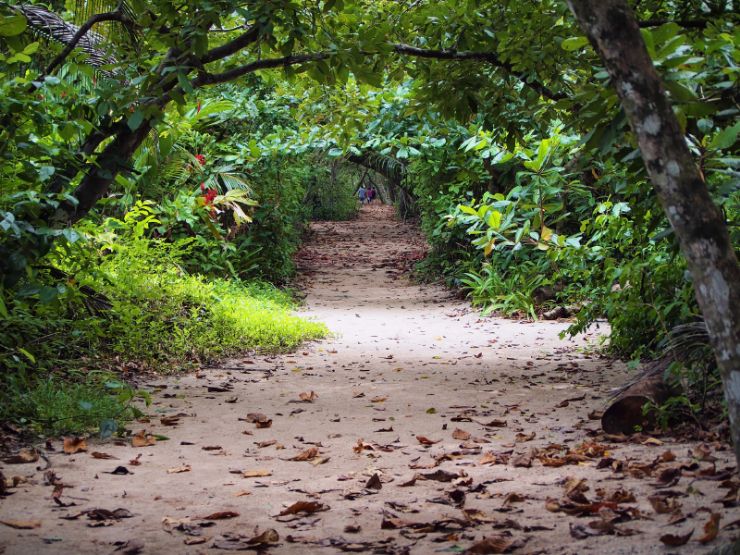 There was a time when rainforest was fined in Costa Rica. Yes! Fined. Taxes were higher in Costa Rican rainforest as the country wanted to progress and plant as much as possible. Forests were torn down and replaced by large extensions of pastures, bananas, coffee. Forests were wood. Standing wood that was only worth if they were turned into boards and furniture.

There was a time when rainforest was fined in Costa Rica. Yes! Fined. Taxes were higher on Costa Rican rainforest as the country wanted to progress and plant as much as possible. Forests were torn down and replaced by large extensions of pastures, bananas, coffee. Forests were wood. Standing wood that was only worth if they were turned into boards and furniture.

A bit of history

The first National Park ever in Costa Rica was declared in 1945, and it was meant to protect the forests in the construction of the Southern part of the Panamerican Highway. Unfortunately, the forests were turned into coal by hundreds of people who moved to the area looking for a patch of land.  Later on, in the 50’s a couple for Sweden and Denmark search for financing to protect the Cabo Blanco region (Southern part of the Nicoya Peninsula) that was quickly losing it spectacular dry forests, and 7 years later a law came out to protect all volcano craters and surroundings.

Little by little more and more areas were added to the National Parks System, and Costa Rica started to get back its fantastic nature. 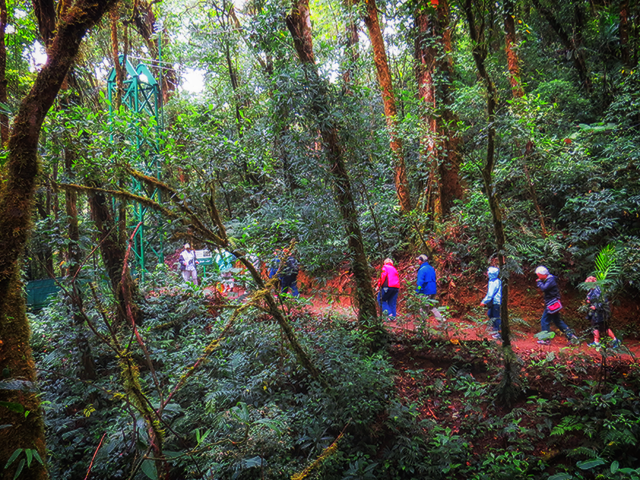 Pathway in the rainforests of Costa Rica

For visitors. this richness, in protected nature, gives a great array of choices regarding types of forest, wildlife, weather and conditions. From the most remote and wild to the protected areas that can be seen an hour away from the heart of San Jose capital city.

It is a fact that the majority of our tourists visit at least one National Park while in the country. And a high percentage come to Costa Rica strictly to visit them and see their beauty and wildlife.

So Many Parks, So Little Time!

As a conjunction of the biological, geological and geographical diversity of Costa Rica’s the national parks bring a sample of many different climates and conditions providing any nature lover an almost infinite variety of choices from the cold paramo, where temperatures go below 0°C to the hot and humid mangrove areas and the gorgeous coral reefs and submarine wildlife.

And in a country that has a small historical heritage, with few archeological ruins and fewer historical landmarks of battles and wars, every single place with a legacy has been protected, with healthy surrounding forests to watch after them. 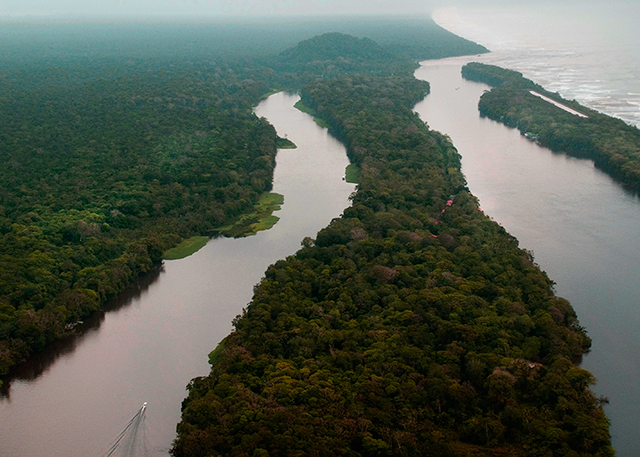 Depending on what you want to see there is a National Park that will be your favorite: Irazu and Poas Volcanoes will display its surreal volcanic landscapes, Manuel Antonio, Cahuita, Manzanillo, and Braulio Carrillo will give amazing wildlife sightings, and Tortuguero and Corcovado not only show a breathtaking wilderness and usual wildlife sights but also turtle nesting or whale and dolphins quests.

Accessibility is another major determinant. Right now, Costa Rica is making a true effort to make some of the most popular parks to be wheelchair accessible and you can visit, for example, Carara National Park from side to side in a comfortable universal trail. If this is a concern, please let our travel consultants know and they will tell you which parks are already universal. 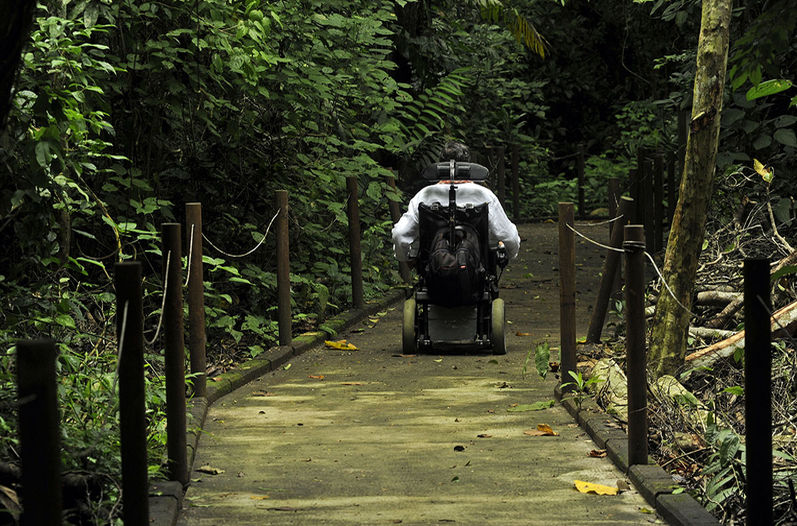 As an extension to its national park system, Costa Rica also has a strong web of private reserves. From very small parks to popular spots like the Monteverde Cloud Forest Reserve, non-governmental reserves and preserved areas play an essential role in the country’s nature preservation efforts.

One of the trademarks of Costa Rica is also one of its most convenient: the Pacific Coast has 2016 km (1260 mi) of coastline and on the Caribbean in an almost straight coastline, 212 km (132.5 mi).  And beaches, by law,  belong to the Costa Rican people and cannot be privatized. This means that all beaches not located in national conservation areas are free to enter and enjoy.

When visiting a national park or a reserve, expect to pay between $5 and $15 per visit as a non-Costa Rican. Rates for locals, legal residents, and children are lower. Passes to visit several parks are not available. Since reserves are private, most also have entrance fees, which can be significantly more than those charged for national parks.

The country’s smallest national park is also its most popular: Manuel Antonio National Park. It can only take 800 visitors at the time. So, if you are around, make sure to come early to the entrance of the Park to avoid the long lines. Or, visit in the afternoon.

In Tortuguero, there are set times to enter the National Park and even on a kayak you have to have a tour guide with you. 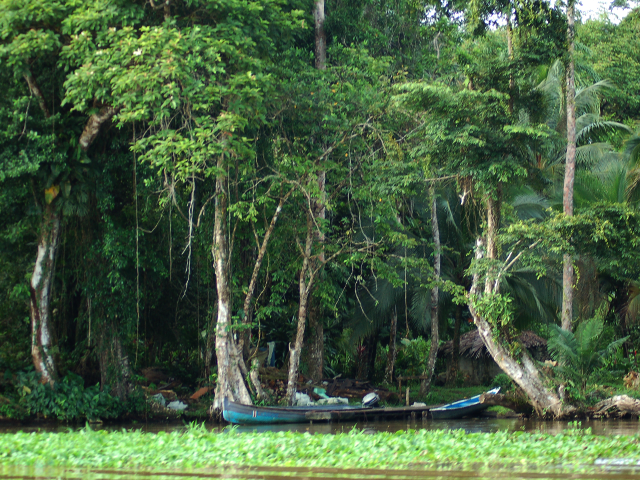 Like any natural area, National Parks of Costa Rica and conservation areas have regulations intended to preserve the species that inhabit them. Most rules are common sense, like a prohibition on hunting, going off signed trails, removing specimens such as plants, animals, or shells, and going into volcano craters. Visitors cannot smoke or drink alcohol in national parks, nor can they enter with pets.

In some areas like Manuel Antonio, all food is forbidden. (As a way to protect the monkeys that have been fed by tourists for decades).

Some parks have special rules. While many national parks permit swimming, a well-known exception is Rio Celeste with its magnificent rainforest and iridescent light blue waters. However, there are, literally speaking dozens of nature surrounded waterfalls that can be visited and where you can swim.

In general, in the Costa Rica National Parks and reserves, there are well-marked trails and outlooks where you can take magnificent pictures.

Guided Tours: to Use or Not to Use

Entrance Fees in National Parks of Costa Rica do not include a guide, however, in areas like Corcovado, you must pay for a guide to take you in the Park as there have been cases of visitors coming in by themselves and get lost. Some of them unfortunately never found.

Prices differ depending on the park and whether your tour is private or in a group. Please let us know if you want to hire the services of local guides as in many places the guides are not certified or even trustable.

In terms of learning and enjoying the natural history of these fantastic rainforests, a guide is indispensable. Usually, they know where the wildlife is, they may have radio equipment with them and a network to communicate if there are monkeys on one trail or a great sloth sight in another. Plus they carry telescopes with them for you to see everything up-close and personal.

If you are a birdwatcher, also, there are some great specialists in birdwatching that will know the times, sounds feeding and nesting habits of all the species in one area.

However, if you are the type of person who likes to walk in silence by yourself, please read this article  A walk in the rainforests of Costa Rica? Two indispensable words. and be careful. 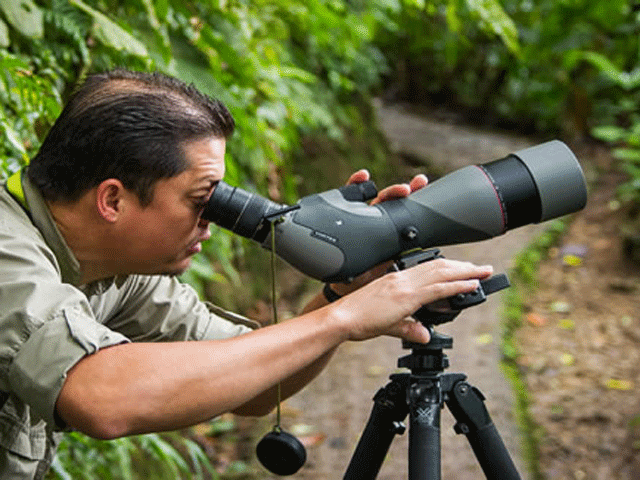 Costa Rica’s weather changes greatly depending on the part of the country, and the climate also differs during the year. And it is important to be prepared.

If you are headed to a higher altitude, such as the Irazu or Poas Volcanoes, the weather will be cooler and even really cold, so you will want to have a good jacket, if possible a rain poncho. Parks at the beach are, of course, warm or even hot, but the humidity can be very different depending on the region and either if it is the rainy season or sunny season. Hats and sunscreen and mosquito repellent are indispensable.

And even in the dry season, have a rain poncho in your backpack. Yes, even in a sunny day. These are the tropics, the only predictable thing about its weather is that it is unpredictable.

Water and snacks are also a good idea as most conservation areas don’t have stores. 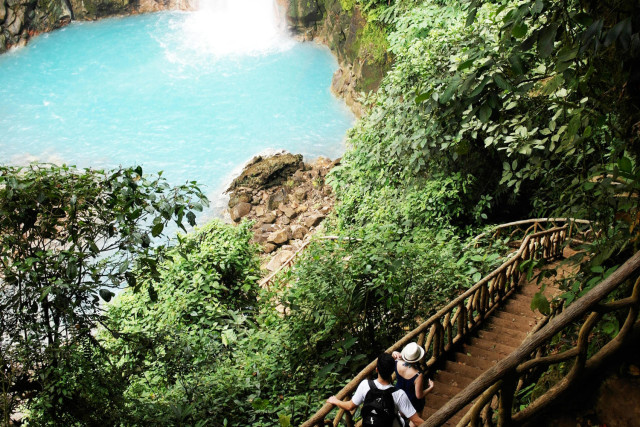 Down the trail of Celeste Waterfall

National Parks of Costa Rica are a gift of nature to us. We are extremely privileged to be able to delight in them, in their peace, beauty, and even innocence. Breathe them in, and feel their permanent beauty displayed before our eyes.

Tourism is allowed only in small portions of them, as their main cause of existence is their protection and not the travel industry. Please take care of them. They are part of our legacy to the future humanity.