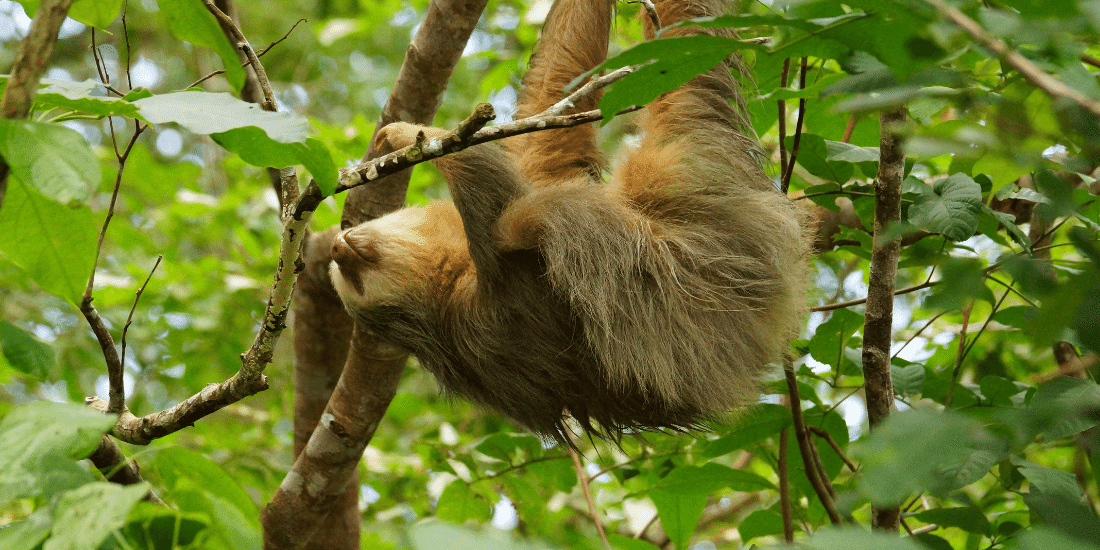 Frontier Airlines is painting one of their plane tails with a two-toed sloth as a nod to Costa Rica’s long running dedication to conservation and sustainability. This will be a fun new art piece travelers can experience as they travel from the US to Costa Rica. It’s safe to say that most tourists visiting Costa Rica come with the hope of seeing one of our beloved furry, slow-moving friends.

Ireth Rodriguez, head of Promotion at the Costa Rican Tourism Institute (ICT) stated, “We are honored that such an iconic species of our country and a national symbol is now an ambassador of our nature every time it takes to the air on the tail of a Frontier aircraft.”

While choosing a two-toed sloth as a symbol of Costa Rican conservation was a relatively easy decision, choosing the right image was less so. Locals, visitors, and photographers have captured so many incredible shots over the years. Costa Rican photographer Jesús Fung received over 500 photo submissions as he represented ICT on the search for the perfect shot.

“The Two Toed Sloth who has yet to be named, lives in the rainforests of Costa Rica and is known for its laid-back lifestyle, spending up to 20 hours of its day asleep. Even though they like to keep to themselves, they are an important part of the rainforest ecosystem, and their endangered status can prove problematic for the rainforest in Costa Rica.”

Here are some of the other animals that have graced the tails of Frontier Airlines planes that you can also find in Costa Rica:

Why the 2022 Coldplay Concert in Costa Rica Is So Exciting
March 14, 2022
LET US HELP YOU PLAN YOUR TRIP!
Our experienced team creates your dream Costa Rica vacation based on your interests, priorities, and expectations. When handpicking experiences for your itinerary, we focus on which regions, hotels, tours, and transportation will turn your adventure from merely good to absolutely unforgettable.
Our website is quite big, use our Search Tool:
Check our blog!
Check out what our travelers have to say about us!
Go to Top