5 things to know when you are selling… The Costa Rican Caribbean coast.


All of the Caribbean coast of Costa Rica is hot and humid the year around. With temperatures in the 80-s and 90s, the wettest months are November through January where rainfalls averaging 15 inches per month are not unusual. The sunniest months occur from February through April and then again in September. Be aware that it can rain at any time in this tropical environment.

The International and most important dock is right next to the city and all cruises get to it. There is a very nice art crafts market and several choices for tours in the area.

Most recent news for 2015: After years of lawsuits, appeals, and a strike, APM Terminals is finally set to start construction on a new $1 billion terminal on Costa Rica’s Caribbean coast, which will float off the coast of Moín.


Tortuguero is truly a breathtaking magical place. Its infinite canals, its magnificent forests, its impressive wildlife. However, depending on the passenger, it may turn to hell… No television, humid, hot, no AC and tons of mosquitoes (If you can imagine how many mosquitoes fit in one ton).

So, there is a list of the five most important things to know about Tortuguero when you are selling it to a client.

Most recent news for 2015: The current peer that is used is la Pavona in Guápiles. It is an easier and by far shortest ride from San Jose to get to Tortuguero (It may have problems if it has been too dry). 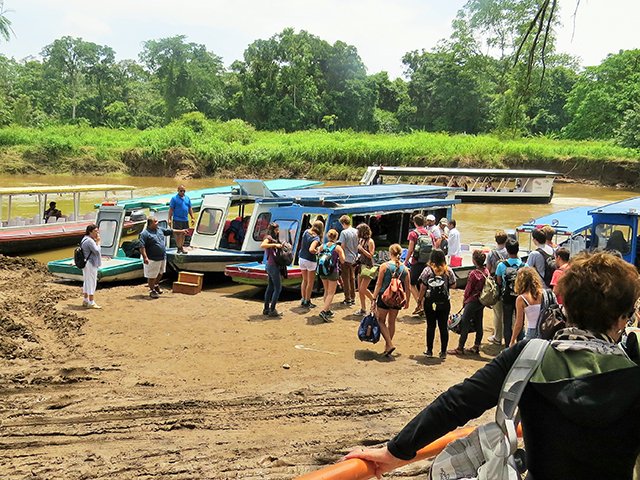 
Cahuita, Cocles, Puerto Viejo or Manzanillo have some gorgeous beaches, and a great rainforest. It is a place where you can easily see monkeys, sloths and an amazing array of birds from your bedroom window…