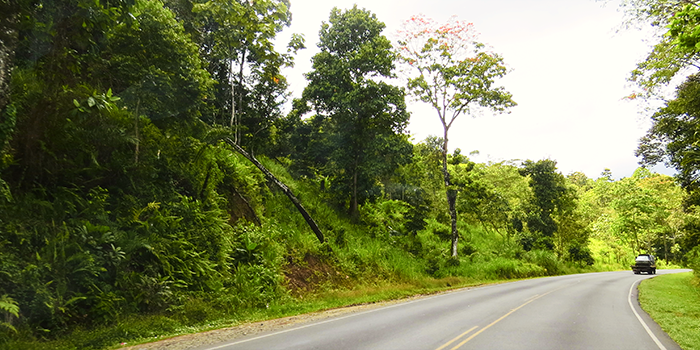 Forest Cover Extends to 75% of Costa Rica Despite Demand for Wood.

In the northern part of Guanacaste, forested lands increased from 50 percent in 2005 to 60 percent just 10 years later, transforming the landscape that in the 1970s was nominated by livestock ranches, and now inspires eco-tourism, according to information released by the 2017 “Estado de la Nación,” (State of the Nation report in Costa Rica).

Today an estimated 75.5 percent of Costa Rica’s territory is made up of tree cover; this includes forests, wooded pastures, and plantations. Occurs in large part thanks to incentives to protect lands, said the program’s 22nd annual research report released this week in San José.

Deforestation and pressures on land use continue, but Costa Rica’s shocking rates of deforestation of the 1980s have been corrected, with new economic activities taking the place of cattle raising, and sustainable forestry initiatives growing.

Evidence of such a program is the National Forestry Financing Fund (Fonafifo) which from 1997 – 2016 signed 16,498 environmental service payment contracts covering 1,187,370 hectares which are protecting the forested land.

Another threat to the country’s forests fires, and 2016 was a bad year with fires destroying 6,271 hectares; the largest area lost to forest fires in the past fifteen years. The losses occurred in northern Costa Rica and affected the Guanacaste National Park.

Pineapple cultivation has also destroyed forests, with an estimated leap from 11,000 hectares dedicated to the crop in 200 to 58,000 hectares in 2015, some of which involved cutting down forests for planting.

Finally, from 1994 to 2013 the demand for timber from forest plantations for timber exports and use in low-value products such as pallets increased by 669 percent, said the report.